Whittington, Richard Mayer, Michael
Innbundet / 2000 / Engelsk
This book traces the evolution of the large industrial corporation in France, Germany, and the United Kingdom from the 1950s to the 1990s. It combines long-run trends with illustrative case studies of leading companies and their managers to present a rich and complex picture of corporate change. In particular, the authors highlight the paradox of increasingly similar patterns of corporate strategy and structure across advanced industrial nations with continuing marked differences in corporate ownership, control, and managerial elites. Despite strong institutional contrasts between the leading European economies, and regardless of the decline of the American model of management, big business in Europe has continued to follow a strategic and structural model pioneered in the United States during the first half of the twentieth century and encapsulated long ago in Alfred Chandler's (1962) 'Strategy and Structure'. This finding of similar patterns of corporate strategy and structure across Europe challenges recent relativist perspectives on organizations found in postmodern, culturalist, and institutionalist social science. Nevertheless, it does not endorse standard universalist accounts of convergence either. The book distinguishes between Chandlerism, with its original ideology of universalism, and the broader Chandlerian perspective, an enduring but evolving core of good sense about the corporation in certain kinds of advanced economies. Thus the authors show how the surprising success of conglomerate diversification and the increasing adoption of more 'networked' multidivisional structure simply extend the core principles of the Chandlerian perspective. They argue that the extent to which Chandlerian principles have held good across the advanced economies of Western Europe through the whole post-war period makes them a model for the kind of adaptive and bounded social scientific prescription appropriate to a changing and varied world. The book contributes to contemporary academic debates on relativism and universalism by proposing a middle-way based on a boundedly-generalizing social science. For policy-makers, it suggest the possibility of steady economic convergence independent of radical and external pressure and sensitive to other aspects of national social structures. For business decision-makers, it offers a more positive model of diversification, especially conglomerate diversification, as well as a new networked organization appropriate to the demands of today's knowledge economy.
Les mer
Examines the evolving strategies and structure of large European firms in a comparative and historical context. In particular, it looks at these in the context of a range of hypotheses on professional management, multidivisional structure and diversification associated with Alfred Chandler.
Les mer
1. Change, Context, and the Corporation ; 2. Chandler and Context ; 3. Scale, Scope, and Structure ; 4. Corporate Careers and Control ; 5. Changing Strategies ; 6. Changing Structures ; 7. Strategy, Structure, and Politics ; 8. Concluding for the Corporation ; Appendix I Strategic and Structural Classification of French, German, and United Kingdom Firms ; Appendix II Methodology
Les mer
... very interesting book ... a convincing study ... This study is a good and balanced example of formulating a bounded science of this type and of performing research in such a context. * Organization Studies *Almost 40 years after the publication of the seminal Strategy and Structure; Chapters in the History of the Industrial Enterprise, by Alfred D. Chandler, Jr., its rightful European heir has finally arrived. * Industrial Relations Journal, 2001 *This book asks big questions, is written in a vivid and engaging style, provides an unusual historical perspective and is certain to provoke debate about challenges of social science and the future of the large corporations that dominate research in our field. * Administrative Science Quarterly (ASQ) *Whittington and Mayer have a very lucid writing style and their findings are easily summarised ... This is a persuasive vindication of the Harvard model as regards the European experience, which can be recommended to business historians as a coping stone to the house that Chandler built. * Business History *This volume which can easily be slipped into a briefcase is to be recommended to the business executive who wants to know "why" as well as "what". * European Business Review *
Les mer
Richard Whittington is University Reader in Strategy at the Said Business School and Fellow of New College, University of Oxford. He was formerly Lecturer in Organizational Analysis at Imperial College and Reader in Marketing and Strategic Management at the University of Warwick. He is author of 'Corporate Strategies in Recession and Recovery' (Unwin Hyman) and 'What is Strategy-and Does it Matter?' (Routledge), as well as articles in a variety of journals. He is Associate Editor of the British Journal of Management and on the editorial boards of Long Range Planning and Organization Studies.; Michael Mayer is a Lecturer in Strategic and International Management at the University of Glasgow. He has published articles in Organization Studies, the European Management Journal, and Industrial and Corporate Change.
Les mer
Nettpris:
659,-
Levering 3-20 dager 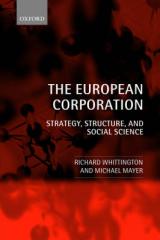 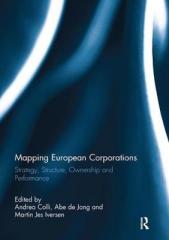 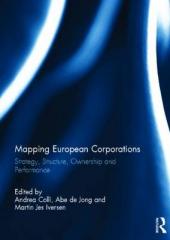 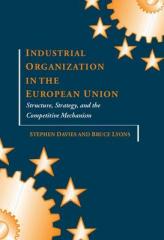