Bossong, Raphael
Heftet / 2014 / Engelsk
This book traces the evolution of the EU's fight against terrorism from the late 1970s until the end of the first decade after 9/11. This historical analysis covers both EU-internal and international counterterrorism policies and features an in-depth account of the EU's reaction to the terrorist incidents in New York, Madrid and London. In the first few weeks after these incidents, the EU mobilised a complex but also incoherent set of policy measures, which significantly influenced the course of European security over the years. From a theoretical perspective, this volume argues that context-specific factors dominated over functionalist considerations in the EU's fight against terrorism. Building on frameworks from public policy analysis, the author demonstrates that EU institutions played a critical role as policy entrepreneurs, while the many security measures were chosen on the basis of timing rather than significance. Such short-term political dynamics also explain the implementation deficits and persistent imbalances in the EU's counterterrorism policy; limitations which still hinder its fight against international terrorism. This book will be of much interest to students of EU policy, counter-terrorism, European security, public administration, foreign policy, and IR in general.
Les mer
1. The EU's Response to International Terrorism 2. Dynamics of EU Security and Counterterrorism Cooperation 3. European Counterterrorism Cooperation before 9/11 4. The EU's Reaction to 9/11 5. The Return to Normality in EU Security Policy 6. Responding to the Attack of Madrid 7. The Limited Effect of the London Bombings 8. Towards a Mature EU Counterterrorism Policy? 9. The Evolution of EU Counterterrorism Policy
Les mer
Raphael Bossong is a Researcher at the Institute for Peace Research and Security Policy at the University of Hamburg. His research focuses on international terrorism, EU security, organisation theory and crisis management.
Les mer
Nettpris:
515,-
Levering 3-20 dager 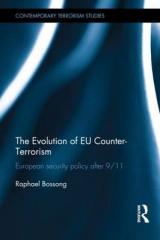 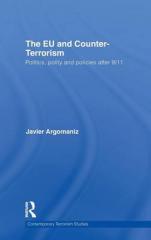 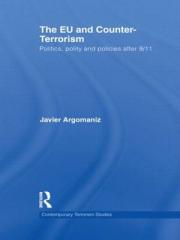 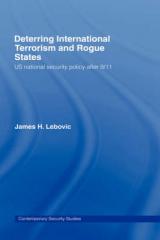