Acock, Alan C. Demo, David H.
Heftet / 1994 / Engelsk
How important is family structure? Does the perception that children of divorced parents suffer hold true under the scrutiny of research? Is the traditional two parent/two child family ideal in terms of well-being? In this volume, two leading family researchers analyze these crucial questions. Using the United States National Survey of Families and Households, they examine the four most common family types - two parent families, divorced mothers with children, remarried families and unmarried mothers - to analyze the impact of family structure versus other factors.
Les mer
Family Structure in Context Theoretical Perspectives Linking Family Structure, Family Relations, and Well-Being Research Design and Profile of American Families Marital, Postmarital, and Nonmarital Relations Parent-Child Relations Family Structure and Mothers' Well-Being Family Structure and Children's Well-Being Beyond Family Structure
Les mer
Alan Acock (Ph.D., Washington State University) is Professor and former Chair of Human Development and Family Sciences at Oregon State University. He has also taught at Louisiana State University, Virginia Tech, and the University of Southern California. Alan has published 4 books, 20 book chapters, and 120 articles. He is a Fellow of the National Council on Family Relations, a winner of the Reuben Hill Award, several awards for teaching, and his book on Family Diversity and Well-Being received the 1995 Choice Award for Outstanding Academic Book. Alan has held elected offices in the American Sociological Association and the National Council on Family Relations. His substantive research has been on the effects of family structure on the well-being of family members and on intergenerational relations. He is currently investigating the effects of fathers returning to families after incarceration. He has served on editorial boards of several substantive journals including the Journal of Marriage and Family. His methodological research has focused on structural equation modeling and missing values. He is currently writing a book on Stata. He serves on the editorial board of the Journal of Structural Equation Modeling. David H. Demo is Professor and Director of Graduate Studies in the Department of Human Development and Family Studies at the University of North Carolina at Greensboro. His research focuses on divorce and family transitions, changes in family relationships accompanying divorce, and the consequences of family transitions for family members' well-being. He has published widely in professional journals and he has authored or co-authored numerous chapters in edited volumes. He has also authored or edited several books, including Handbook of family diversity (with Katherine R. Allen and Mark A. Fine); Parents and adolescents in changing families (with Anne Marie Ambert); and Family diversity and well-being (with Alan C. Acock), which received the Choice Magazine Outstanding Book Award. He has served on the editorial boards of several journals, and in 2007, he began a term as Editor of Journal of Marriage and Family. He is a Fellow of the National Council on Family Relations.
Les mer
Nettpris:
619,-
Levering 3-20 dager 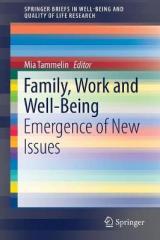 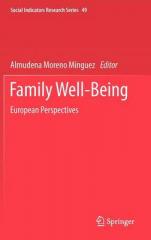 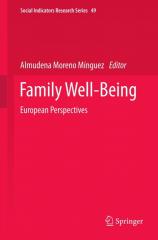 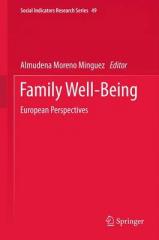