Fantastic Beasts and Where to Find Them Large Print Dyslexia Edition

Fantastic Beasts and Where to Find Them Large Print Dyslexia Edition

Rowling, J.K.
Innbundet / 2019 / Engelsk
The large print, dyslexia-friendly edition of this essential companion to the Harry Potter stories includes the fully updated 2017 text and features a range of magical beasts from the wizarding world, from the harmless Puffskein to the terrifying Thunderbird, brought to life with interior line art by the amazingly talented Tomislav Tomic and a spectacular cover by Jonny Duddle. Features to aid accessibility include RNIB-approved and dyslexia-friendly fonts and font sizes, tinted paper for glare reduction and maximum contrast, captions and detailed descriptions to accompany each illustration and themed navigational aids to assist the reader. An approved textbook at Hogwarts School of Witchcraft and Wizardry since publication, Newt Scamander's masterpiece has entertained wizarding families through the generations. Fantastic Beasts and Where to Find Them is an indispensable introduction to the magical beasts of the wizarding world. Scamander's years of travel and research have created a tome of unparalleled importance. Some of the beasts will be familiar to readers of the Harry Potter books - the Hippogriff, the Basilisk, the Hungarian Horntail ... Others will surprise even the most ardent amateur Magizoologist. Dip in to discover the curious habits of magical beasts across five continents ... A contribution from the sale of each book will go to Comic Relief and Lumos.
Les mer
We're delighted to have worked with Bloomsbury in reviewing the large print editions of the three Hogwarts Library books. We hope that these projects will encourage other publishers to follow in their footsteps and expand the market of accessible and inclusive books * RNIB *UKAAF is delighted that Bloomsbury has made such a great effort to make this book as accessible as possible to people with print impairments. Our aim is to improve both the availability and the quality of accessible formats in the UK, and this publication is another great step in that direction * UKAAF *Children with dyslexia should also be able to develop a passion for stories and reading, so I very much welcome this dyslexia-friendly version * Margaret Malpas, MBE, Vice President of the British Dyslexia Association *I am delighted to endorse this edition that has been specially adapted to enable those requiring larger print or those who may be dyslexic to enjoy and access fully the wonderful world of Harry Potter * Professor Amanda Kirby, University of South Wales, Medical Advisor to the Dyspraxia Foundation in the UK *No wizarding household is complete without a copy * Albus Dumbledore *
Les mer
The large print, dyslexia-friendly edition of this essential companion to the Harry Potter stories, featuring a range of magical beasts from the wizarding world, from the harmless Puffskein to the terrifying Thunderbird. Complete with gorgeous jacket art by Jonny Duddle and line illustrations throughout by Tomislav Tomic
Les mer
J.K. Rowling is the author of the record-breaking, multi-award-winning Harry Potter novels. Loved by fans around the world, the series has sold over 500 million copies, been translated into 80 languages, and made into eight blockbuster films. She has written three companion volumes in aid of charity: Quidditch Through the Ages and Fantastic Beasts and Where to Find Them (in aid of Comic Relief and Lumos), and The Tales of Beedle the Bard (in aid of Lumos), as well as a screenplay inspired by Fantastic Beasts and Where to Find Them, which marked the start of a five-film series to be written by the author. She has also collaborated on a stage play, Harry Potter and the Cursed Child Parts One and Two, which opened in London's West End in the summer of 2016. In 2012, J.K. Rowling's digital company Pottermore was launched, where fans can enjoy news, features and articles, as well as original content from J.K. Rowling. She has received many awards and honours, including an OBE and Companion of Honour, France's Legion d'honneur, and the Hans Christian Andersen Award.
Les mer
Nettpris:
343,-
Levering 3-20 dager 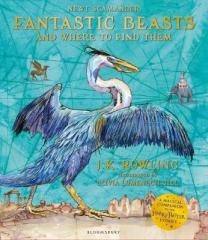 Fantastic Beasts and Where to Find Them Illustrated Edition
Rowling, J.K.
Heftet / 2020 / Engelsk
239,- 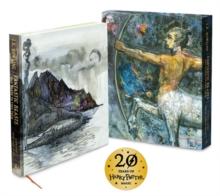 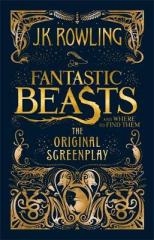