Fate of Rome Climate, Disease, and the End of an Empire

Fate of Rome Climate, Disease, and the End of an Empire

Harper, Kyle
Heftet / 2019 / Engelsk
How devastating viruses, pandemics, and other natural catastrophes swept through the far-flung Roman Empire and helped to bring down one of the mightiest civilizations of the ancient worldHere is the monumental retelling of one of the most consequential chapters of human history: the fall of the Roman Empire. The Fate of Rome is the first book to examine the catastrophic role that climate change and infectious diseases played in the collapse of Rome's power-a story of nature's triumph over human ambition. Interweaving a grand historical narrative with cutting-edge climate science and genetic discoveries, Kyle Harper traces how the fate of Rome was decided not just by emperors, soldiers, and barbarians but also by volcanic eruptions, solar cycles, climate instability, and devastating viruses and bacteria. The Fate of Rome is a sweeping account of how one of history's greatest civilizations encountered and endured, yet ultimately succumbed to, the cumulative burden of nature's violence.
Les mer
"One of The Times Literary Supplement's Books of the Year 2017""One of Choice Reviews' Outstanding Academic Titles of 2018""One of The Federalist's Notable Books for 2017""Honorable Mention for the 2018 PROSE Award in Classics, Association of American Publishers""One of Medium.com's Books of the Year 2017""One of Strategy + Business's Best Business Books in Economics for 2018""One of the Forbes.com "Great Anthropology and History Books of 2017" (chosen by Kristina Killgrove)"
Les mer
Kyle Harper is professor of classics and letters at the University of Oklahoma. His books include Slavery in the Late Roman World, AD 275-425.
Nettpris:
184,-
Levering 7-20 dager 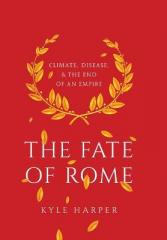 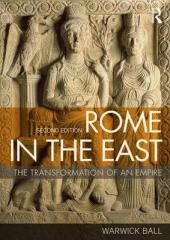 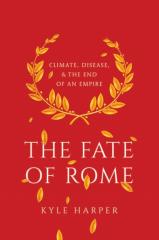 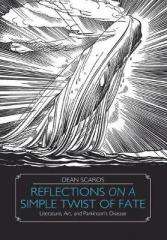