Food and Agriculture during the Civil War

Food and Agriculture during the Civil War

Hurt, R. Douglas
Innbundet / 2016 / Engelsk
This book provides a perspective into the past that few students and historians of the Civil War have considered: agriculture during the Civil War as a key element of power.The Civil War revolutionized the agricultural labor system in the South, and it had dramatic effects on farm labor in the North relating to technology. Agriculture also was an element of power for both sides during the Civil War-one that is often overlooked in traditional studies of the conflict. R. Douglas Hurt argues that Southerners viewed the agricultural productivity of their region as an element of power that would enable them to win the war, while Northern farmers considered their productivity not only an economic benefit to the Union and enhancement of their personal fortunes but also an advantage that would help bring the South back into the Union.This study examines the effects of the Civil War on agriculture for both the Union and the Confederacy from 1860 to 1865, emphasizing how agriculture directly related to the war effort in each region-for example, the efforts made to produce more food for military and civilian populations; attempts to limit cotton production; cotton as a diplomatic tool; the work of women in the fields; slavery as a key agricultural resource; livestock production; experiments to produce cotton, tobacco, and sugar in the North; and the adoption of new implements.Provides a succinct survey of agriculture in the North and South directly relating to the Civil War that considers the expansion of Northern agriculture and the demise of Southern agriculture and the effects of each development on the warExamines the transition of Southern agriculture from slavery to freedomDiscusses the roles of white and black women in Northern and Southern agriculture during the Civil War eraIncludes a compelling black-and-white photo essayRepresents an invaluable resource for undergraduate students taking courses on the American Civil War or Southern history
Les mer
"For 50 years, the 'go to' monograph for an overview of agriculture during the U.S. Civil War has been Agriculture and the Civil War, by Paul W. Gates. That distinction passes now to this book by Hurt, which incorporates recent scholarship, primary source research, and extensive use of contemporary publications that targeted agrarian readers. While the primary arrangement of Gates's work is geographic, Hurt approaches the topic chronologically. His 10 chapters address from Union, Confederate, and border state perspectives, the war's impact on agriculture, and how the ability to produce, process, and transport food, fiber, and livestock affected the conduct and outcome of the war. . . . Essential. All levels/libraries." - Choice
Les mer
"In Food and Agriculture during the Civil War, R. Douglas Hurt offers a compelling portrait of the Civil War from the perspective of Northern farmers and Southern planters. Using contemporary agricultural publications and regional and national price data, Hurt explains the divergent paths of agriculture in the two sections. While the war brought technological change, the Department of Agriculture, and homesteading to Northern agriculturalists, it brought only economic chaos to Southern planters, even as it released four million African American Southerners from slavery." -- Andrew Zimmerman, Professor of History, The George Washington University "It has been fifty years since the publication of Paul W. Gates's classic, Agriculture and the Civil War. Now, R. Douglas Hurt has produced a successor that is destined to become a classic in its own right and essential reading on the war for years to come. In Food and Agriculture during the Civil War, Hurt provides an exhaustive examination of the production of food-and everything associated with it-in both Northern and Southern societies during the American Civil War, showing how the war shaped agricultural practices, beliefs, and policies, and how, in turn, agriculture helped to determine the outcome of the war. Deeply researched in a wealth of primary-source materials, incorporating the vast scholarly literature of recent decades, and written in refreshingly clear, accessible prose, this important volume will be of interest to specialists and general readers alike." -- John C. Rodrigue, Lawrence and Theresa Salameno Professor, Stonehill College
Les mer
R. Douglas Hurt, PhD, is professor and head of the Department of History at Purdue University.
Nettpris:
600,-
Levering 3-20 dager 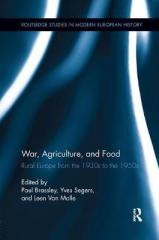 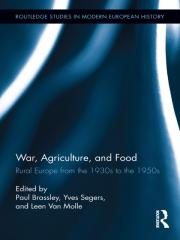 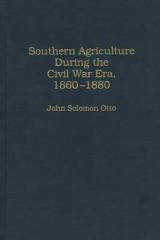 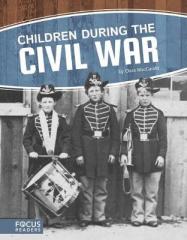