Merchant, Hoshang
Heftet / 2018 / Engelsk
The book argues that there is no monolithic homosexuality; there are only homosexualities, that is, there are as many reasons for being gay as there are gays. Some people are born gay, some have gayness thrust upon them, and some do, indeed, achieve to great gayness. Representation of homosexuality/homoeroticism, as it is understood today, is thus a western import. The act and public/social discourses on same-sex love are still illegal; it is, according to many, against the Indian 'tradition'; and a sense of 'history' is seriously problematic when we dig out for a past tradition of homoerotic love and desire. Hoshang Merchant, through an examination of texts, films, poetry, attempts to analyse and crack the codes of sexual (mis)conduct in contemporary India, giving short histories of the fate of several gay writers and explaining the difficulties of 'coming out'.
Les mer
Preface Acknowledgements Queering India Introduction Book I: Book of the Self - Introduction 1. Subterranean Sex in the Subcontinent: Is Homosexuality 'Indian'? (Personal Essay) Appendices : (a) Homosexual/ Dalit Literature (b) Transforming Pedagogies: (c) Gays with Critical Disability Book II: Book of the World - Introduction 2. Indian Narrativity: Fiction, Film, Theatre 3. Urdu Gay Literature: Poetry 4. Hindi Gay Literature 5. Gay Theatre 6. Gay Films Appendices (a) The Eunuch Festival of Aaravan (b) Transsexual Hosts on TV Talkshows (c) The Pakistan Poet as Eunuch: Ifti Nasim (d) Gender-fuck in Namdeo Dhasal's 'Gandu Baghicha' (e) Jameela Nishat: Muse as Poet (f) Rukmini Bhaya Nair's 'Hermaphrodite' (g) Satish Alekar's Begum Barve Book III Book of the Soul - Introduction 7. Sultan Padamsee: A Pioneer Gay Poet? 8. The Strange Case of Jehangir Bhownagary (1921-2004) 9. Adil Jussawalla and R. Raj Rao: The Politics of the Avant-Garde 10. Agha Shahid Ali's Gay Nation 11. The Anxiety of Coming Out: Vikram Seth 12. Suniti Namjoshi 13. Dinyar Godrej and Ian Iqbal Rashid 14. The Art of Bhupen Khakhar Afterword: My Poetry Postscript: A Note on the Structure of this Book
Les mer
Hoshang Merchant is Professor, Department of English, University of Hyderabad, India.
Nettpris:
561,-
Levering 3-20 dager 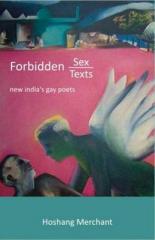 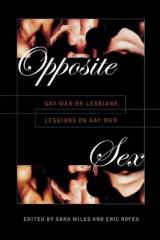 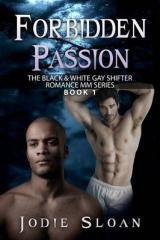