Lee, Roger Wills, Jane
Innbundet / 2017 / Engelsk
Setting out to explore the intersections of economy and geography, this book brings together contributions from the world's top economic geographers.Over forty contributors draw upon contemporary theory and experience to explore the cultural and social constitution of economic geographies, processes of globalisation and new forms of political regulation and practice. Although focusing upon 'new' economic geography, the book also illustrates the many connections with previous scholarship as scholars seek to reconstruct the traditions of political economy to understand the contemporary world.Highlighting and illustrating contemporary developments, the book opens up discussion about the implications of the complex geographies involved. In pointing to new directions of research and debate, this major statement in state of the art economic geography demonstrates the central relevance of economic geography not only in understanding the trajectories of change but in proposing alternatives.
Les mer
Prologue Introduction (Re)constituting economic geographies The dialect of culture and economy: the economization of culture and the culturization of economy The invention of regional culture The cultural production of economic forms Economies of power and space Nature as artifice, nature as artefact: development, environment and modernity in the late twentieth century A tale of two cities? Embedded organisations and embodies workers in the city of London Re-thinking restructuring: embodiment, agency and identity in organisational change Economic non-economic Re-placing class in economic geographies: possibilities for a new class politics Local politics, anti-essentialism and economic geography True stories? Global nightmares, global dreams and writing globalisation Globalisation, socioeconomics, territoriality Unpacking the global Local food global food: globalisation and local restructuring Excluding the other: the production of scale and scaled politics Globalisation and geographies of workers' struggle in the late twentieth century Globalisation of R & D in the electronics industry: the recent experience of Japan Falling out of the world economy? Theorizing 'Africa' in world trade Notes on a spatialized labour politics: scale and the political geography of dual unionism in the US east coast longshore industry Theories of accumulation and regulation: bringing life back into economical geography Regional economies as relational assets Divergence, instability and exlusion: regional dynamics in Great Britain The post-Keynesian state and the space economy Bringing the qualitative state into economic geography The end of mass production and of the mass collective worker? Experimenting with production, employment and their geographies The role of supply chain management strategies in the 'Europeanisation' of the automobile production system Breaking the old and constructing the new? geographies of uneven development in central and Eastern Europe California rages: regional capitalism and the politics of renewal Informal cities? Women's work and the informal activities on the margins of the European union Conclusion.
Les mer
...an excellent collection...with value packed chapters..the wait has been well worth it... The authors are to be congratulated on producing what is probably the best economic geography book of the last decade.Environment and Planning AThis is a really great book... a joy to review... 'Geography of Economies' is a substantial statement in economic geography.Economic Geography Research Group of the IBGan excellent collection....The wait ha been well worth it, as I am sure a wide audience will agree. My students have been very impressed with it, commenting that it is a ""who's who of geographers we've heard of!""....value-packed chapters....this is an excellent book which deserves to be widely read. It is invaluable for teaching purposes and will provide research students, older hands, and interEnvironment and Planning
Les mer
Nettpris:
1.417,-
Levering 3-20 dager 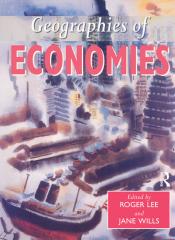 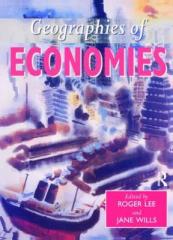 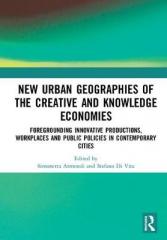