From Gibbon to Auden Essays on the Classical Tradition

From Gibbon to Auden Essays on the Classical Tradition

Bowersock, G. W.
Innbundet / 2009 / Engelsk
For several decades G. W. Bowersock has been one of our leading historians of the classical world. This volume collects seventeen of his essays, each illustrating how the classical past has captured the imagination of some of the greatest figures in modern historiography and literature. The essays here range across three centuries, the eighteenth to the twentieth, and are divided chronologically. The great Enlightenment historian Edward Gibbon is in large part the unifying force of this collection as he appears prominently in the first four essays, beginning with Bowersock's engaging introduction to the methods and genius behind The Decline and Fall of the Roman Empire. Gibbon's profound influence is revealed in subsequent essays on Jacob Burckhardt, the nineteenth-century scholar famous for his history of the Italian Renaissance but whose work on late antiquity is only now being fully appreciated; the modern Greek poet Constantine Cavafy, whose annotations on Gibbon's Decline and Fall tell us much about his own historical poems; and finally W. H. Auden, whose poem and little known essay "The Fall of Rome" were, in quirky ways, tributes to Gibbon. The collection reprints Auden's poem and essay in full. The result is a rich survey of the early modern and modern uses of the classical past by one of its most important contemporary commentators.
Les mer
THE EIGHTEENTH CENTURY ; THE NINETEENTH CENTURY ; THE TWENTIETH CENTURY
The best scholards communicate intellectual and aesthetic pleasure as well as ensuring the concentrated engagement of their readers, and [Bowerstock] is a master in both respects ... argued with great precision, elegance and economy. There is not only a palpable intelligence and sensibility at work throughout the collection, but one that both cumulatively and disctinctly develops across the essays a genuinely informing thesis * B.W. Young, Classical Review *G. W. Bowersock's many previous books and articles, written over a span of nearly 50 years, have established him as a master of ancient history, from classical Athens to early Islam. This new collection brings together, for the first time in English, his studies of modern culture in its ever-renewed dialogue with the ancient world. It is also the most personal of his books, the record of a great explorer's intellectual voyage. * Christopher Jones, Harvard University *In this scintillating overview of decades of critical scholarship composed by once of the most wide-ranging of historians of Graeco-Roman antiquity, the reader will find much more than an ordinary scholarly collection. Bowersock's critical and appreciative eye, whether the reading Gibbon's monumental prose or the fine and exotic creations of Cavafy or Auden, sees the connections and discloses new and fascinating insights. Reflecting on moments as diverse as the historical visionsof Burckhardt or a classic study of hand gestures in nineteenth-century Naples, he opens up a veritable wonderland of ideas that runs like a living dialogue between their world and ours. * Brent Shaw, Princeton University *
Les mer
G. W. Bowersock is Professor Emeritus of Ancient History at the Institute for Advanced Study, Princeton, New Jersey. He is the author of more than 300 articles and books on Greek, Roman, and Near Eastern history, as well as the classical tradition in western literature.
Les mer
Nettpris:
781,-
Levering 3-20 dager 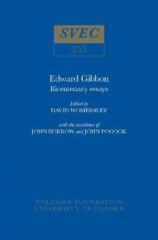 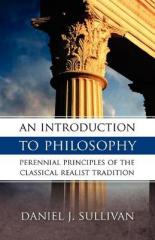