Benn, Douglas Evans, David J A
Heftet / 2010 / Engelsk
Glaciers and Glaciation is the classic textbook for all students of glaciation. Stimulating and accessible, it has established a reputation as a comprehensive and essential resource.In this new edition, the text, references and illustrations have been thoroughly updated to give today's reader an up-to-the minute overview of the nature, origin and behaviour of glaciers and the geological and geomorphological evidence for their past history on earth.The first part of the book investigates the processes involved in forming glacier ice, the nature of glacier-climate relationships, the mechanisms of glacier flow and the interactions of glaciers with other natural systems such as rivers, lakes and oceans.In the second part, the emphasis moves to landforms and sediment, the interpretation of the earth's glacial legacy and the reconstruction of glacial depositional environments and palaeoglaciology.
Les mer
A new edition of the classic textbook for all students of glaciation.
Part I Glaciers 1. Introduction 2. Snow, ice and climate 3. Glacier hydrology 4. Processes of glacier motion 5. Glacier dynamics 6. The Greenland and Antarctic ice sheets 7. Glaciers and sea-level change Part II Glaciation 8. Erosional processes, forms and landscapes 9. Debris entrainment and transport 10. Glacigenic sediments and depositional processes 11. Sediment landform associations 12. Landsystems and palaeoglaciology Appendix 1 List of symbols used in equations
Les mer
A masterpiece... It demonstrates what can be achieved when widespread and ambitious fieldwork is combined with extensive library work, excellent understanding, and what must have been inordinate dedication. Professor J.D. Ives for Choices (about the first edition)A modern synthesis that will be appreciated by professional scientists and graduate students both inside and outside the discipline. This book is the best of its kind, an impressive contribution to science and to education. Professor G.K.C. Clarke for the American Geophysical Union (about the first edition)"This is by far the best book on the market for a glacial geology course."Dr. Alan Kehew, Department of Geosciences, Western Michigan University (on the first edition)
Les mer
Douglas I. Benn is currently Professor of Glaciology at the University Centre in Svalbard, and has a part-time position at the University of St Andrews. His PhD was on the Younger Dryas glaciation of the Isle of Skye, Scotland (St Andrews, 1990), and he has subsequently conducted research into glacial geomorphology and sedimentology in Scandinavia, South and North America, and the Himalaya. More recently, his research has focused mainly on glaciological processes, including the mass balance of debris-covered glaciers, calving, glacier surges, and direct exploration of englacial and subglacial drainage systems David J.A. Evans is a glacial geomorphologist and Quaternary scientist who gained a Geography BA at the University of Wales (Lampeter) in 1982, an MSc at Memorial University of Newfoundland, Canada in 1984 and a PhD at the University of Alberta, Canada in 1988. He has undertaken research on glaciers and glaciation in Arctic Canada, Iceland, Norway, the Canadian prairies, Svalbard, South Georgia, New Zealand, Labrador, the Himalayas, Ireland and Britain. After 14 years at the University of Glasgow he exchanged his drumlinized surroundings at Loch Lomond for the meltwater channels of upper Teesdale in the Pennines of northern England and is presently a Reader in Geography at the University of Durham.
Les mer
Nettpris:
848,-
Levering 3-20 dager 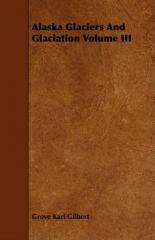 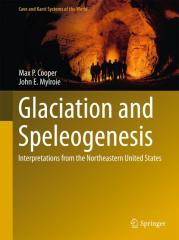 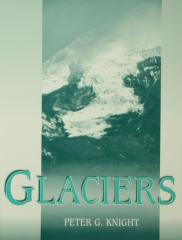