Stridsberg, Sara
Heftet / 2016 / Engelsk
"I'll put my head in the oven so you know where I am," he whispers, kissing her neck.Jim - charming, captivating, much loved by his women friends - has attempted suicide several times. Over his period of incarceration at the Beckomberga hospital for the mentally unstable, he voices his determination to succeed. Some day soon, he tells his daughter - as he has earlier told his mother and his wife - he will swallow sixty tablets, help them down with a bottle of whisky, and swim impossibly far out into the Atlantic.Will he, really? This question plagues Jim's daughter, the narrator of this powerful novel, who is as addicted to the hospital as her father is to alcohol. Through her subtle observations we understand the emotional needs of diehard alcoholics, the rationally uxoricidal, and other seemingly normal inhabitants of a psychiatric unit in the process of shutting down, depriving them of the only place they have known as home.A Magic Mountain for our times, for readers of Eimear McBride and Alexander Masters.
Les mer
A dazzlingly inventive and acclaimed novel set in a Stockholm psychiatric hospital - by one of Sweden's most exciting literary talents
As a critic, it is hard for me to find the words to describe Stridsberg's prose . . . it is pure bliss * Politiken *Immersing herself in the story of psychology, Stridsberg revisits six decades of taboos, suffering and change. Her language never once succumbs to the macabre * Livres Hebdo *A beautiful novel. Beautiful because its metallic colours gleam like tinsel in the language, like silver foil wrapped around a piece of hashish * Dagens Nyheter *Brave and original, her steeliness a refreshing, if tough, alternative to sentimentality . . . A book which is courageous, intelligent and ultimately about making the best of life -- Alastair Mabbott * Herald (Glasgow) *
Les mer
Sara Stridsberg, born in 1972, is a writer and playwright. Her first novel Happy Sally was published in 2004, and her break-through came two years later with the publication of The Faculty of Dreams, her second novel. Her latest novel, Darling River, was published in 2010. In addition to several, important prizes (see below) she has been shortlisted to the prestigious August Prize three times, most recently. in 2012 for her collection of plays, Medealand and other plays. Sara Stridsberg lives in Stockholm.
Les mer
Nettpris:
253,-
Levering 3-20 dager 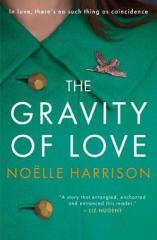 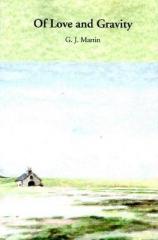 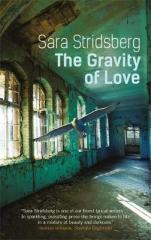