Bialystok, Ellen Sullivan, Margot D.
Innbundet / 2017 / Engelsk
This collection brings together two areas of research that are currently receiving great attention in both scientific and public spheres: cognitive aging and bilingualism. With ongoing media focus on the aging population and the need for activities to forestall cognitive decline, experiences that appear effective in maintaining functioning are of great interest. One such experience is lifelong bilingualism. Moreover, research into the cognitive effects of bilingualism has increased dramatically in the past decade, making it an exciting area of study. This volume combines these issues and presents the most recent research and thinking into the effects of bilingualism on cognitive decline in aging. The contributors are all leading scholars in their field. The result is a state-of-the art collection on the effect of bilingualism on cognition in older populations for both healthy aging and aging with dementia. The papers will be of interest to researchers, students, and health professionals.
Les mer
1. Chapter 1. The importance of bilingualism for the aging brain: Current evidence and future research directions (by Sullivan, Margot D.); 2. Chapter 2. Cognitive problems in older adults: Can bilingualism help? (by Craik, Fergus I.M.); 3. Chapter 3. How aging and bilingualism influence language processing: Theoretical and neural models (by Rossi, Eleonora); 4. Chapter 4. Length of residence: Does it make a difference in older bilinguals? (by Higby, Eve); 5. Chapter 5. Individual differences in cognitive control advantages of elderly late Dutch-English bilinguals (by Keijzer, Merel C.J.); 6. Chapter 6. Does bilingual language control decline in older age? (by Ivanova, Iva); 7. Chapter 7. Auditory word recognition across the lifespan: Links between linguistic and nonlinguistic inhibitory control in bilinguals and monolinguals (by Blumenfeld, Henrike K.); 8. Chapter 8. Executive control processes in verbal and nonverbal working memory: The role of aging and bilingualism (by Sullivan, Margot D.); 9. Chapter 9. Bilingualism, cognitive reserve and Alzheimer's disease: A review of findings (by Gold, Brian T.); 10. Chapter 10. The effect of language skills on dementia in a Swedish longitudinal cohort (by Ljungberg, Jessica K.); 11. Chapter 11. Bilingualism, cognitive reserve, aging, and dementia: What is the new ground to cover? (by Chauvin, Alexandre); 12. Chapter 12. The impact of bilingualism on cognitive ageing and dementia: Finding a path through a forest of confounding variables (by Bak, Thomas H.); 13. Chapter 13. History-inspired reflections on the Bilingual Advantages Hypothesis (by Titone, Debra)
Les mer
In the last decade a set of stunning discoveries about the consequences of bilingualism for older adults has reframed our understanding of the role of language experience for cognition and the brain. This collection of papers provides an overview of the most exciting findings in this emerging area of research. This work demonstrates that learning and using two languages provides a model of plasticity across the lifespan that is virtually invisible in speakers of one language alone. This volume will be of great interest to scientists who investigate language and cognition and the neural systems that support them but also to bilinguals themselves whose life experience reveals the impact of language for the aging mind and brain. -- Judith Kroll, UC Riverside
Les mer
Nettpris:
1.210,-
Levering 3-20 dager 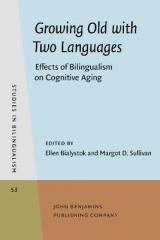 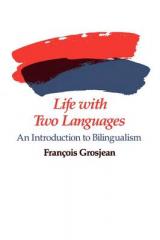 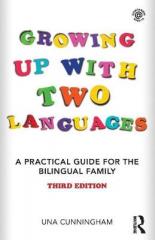