Walthall, Anne
Heftet / 2002 / Engelsk
The Human Tradition in Modern Japan is a collection of short biographies of ordinary Japanese men and women, most of them unknown outside their family and locality, whose lives collectively span the nineteenth and twentieth centuries. Their stories present a counterweight to the prevailing stereotypes, providing students with depictions of real people through the records they have left-records that detail experiences and aspirations. The Human Tradition in Modern Japan offers a human-scale perspective that focuses on individuals, reconstitutes the meaning of people's experiences as they lived through them, and puts a human face on history. It skillfully bridges the divides between the sexes, between the local and the national, and between rural and urban, as well as spanning crucial moments in the history of modern Japan. The Human Tradition in Modern Japan is an excellent resource for courses on Japanese history, East Asian history, and peoples and cultures of Japan.
Les mer
A collection of short biographies of ordinary Japanese men and women, most of them unknown outside their family and locality, whose lives collectively span the nineteenth and twentieth centuries.
Chapter 1 Introduction: On the Trail of People in the Past Part 2 I: The World of Shogun, Samurai, and Court, 1600-1868 Chapter 3 Shinanomiya Tsuneko: Portrait of a Court Lady Chapter 4 Mori Yoshiki: Samurai Government Officer Part 5 II: The Meiji Restoration and the Transformation of State and Society Chapter 6 Nishimiya Hide: Turning Palace Arts into Marketable Skills Chapter 7 The Ishizaka of Notsuda: A family in Transition Part 8 III: Building the Modern State Chapter 9 Hatoyama Haruko (1861-1938): Ambitious Woman Chapter 10 Jahana Noboru: Okinawan Activist and Scholar Chapter 11 Kinoshita Yoshio: Revolutionizing Service on Japan's National Railroads Part 12 IV: Twentieth-Century Vicissitudes Chapter 13 Matsuura Isami (1880-1962): A Modern Patriarch in Rural Japan Chapter 14 Yoshiya Nobuko: Out and Outspoken in Practice and Prose Chapter 15 Takahashi Masao (1901-1995): Flexible Marxist Part 16 V: World War II and the Postwar World Chapter 17 Yokoi Shoichi: When a Soldier Finally Returns Home Chapter 18 Misora Hibari: The Postwar Myth of Mournful Tears and Sake Chapter 19 Index
Les mer
The Human Tradition in Modern Japan illustrates the themes of 'big history' through the flesh-and-blood experiences of real people: a pop star, a feudal administrator, an Okinawan peasant-turned-official, a lesbian novelist, a princess, an economist, the mother of a prime minister. It beautifully enriches our understanding of Japan's last 350 years by humanizing, and thus complicating, it. The writing is lively and accessible. -- James L. Huffman, Wittenberg UniversityThis book will be a valuable supplementary text for introductory courses on modern Japan. * The Historian *This book demonstrates that by exploring the experiences of everyday Japanese we can often learn more about the history and peole of Japan than by concentrating on the powerful, wealthy, and influential. It is often in the lives of the ordinary that we glimpse the extraordinary. It is also here that we sense most clearly the ties that unite us all as human beings. -- F. G. Notehelfer, University of California, Los AngelesA fascinating work that unearths the lives of twelve diverse men and women who lived in Japan between the seventeenth and twentieth centuries. . . . Walthall has done an excellent job in unifying the twelve authorial voices into one, as each chapter flows effortlessly into the next. . . . One of the many strengths of this work is that most of the essays elucidate larger social, cultural, and political issues that transcend Japan. . . . By focusing on the rich texture of the collective human experience, The Human Tradition in Modern Japan becomes a book valuable not just to students of Japanese history but to all students of history. * Journal of World History *The Human Tradition in Modern Japan is a splendid antidote to those tedious tomes that perpetuate the myth of 'the Japanese' as a peculiarly homogenous, harmonious, and culture-bound people. These essays sparkle with individuality and personality, dreams and disappointments, the varied and unpredictable dramas of 'ordinary' lives and experiences. -- John W. Dower, MIT, author of Embracing Defeat: Japan in the Wake of World War II
Les mer
Anne Walthall teaches Japanese history at the University of California, Irvine.
Nettpris:
419,-
Levering 7-20 dager 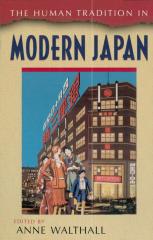 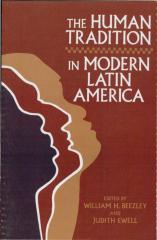 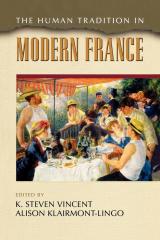 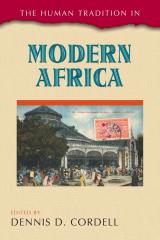