Humour, History and Politics in Late Antiquity and the Early Middle Ages

Humour, History and Politics in Late Antiquity and the Early Middle Ages

Halsall, Guy
Innbundet / 2002 / Engelsk
Although the topic of humour has been dealt with for other eras, early medieval humour remains largely neglected. These essays go some way towards filling the gap, examining how early medieval writers deliberately employed humour to make their cases. The essays range from the late Roman empire through to the tenth century, and from Byzantium to Anglo-Saxon England. The subject matter is diverse, but a number of themes link them together, notably the use of irony, ridicule and satire as political tools. Two chapters serve as an extended introduction to the topic, while the following six chapters offer varied treatments of humour and politics, looking at different times and places, but at the Carolingian world in particular. Together, they raise important and original issues about how humour was employed to articulate concepts of political power, perceptions of kingship, social relations and the role of particular texts.
Les mer
These essays range from the late Roman empire through to the tenth century, and from Byzantium to Anglo-Saxon England, taking a historian's perspective to look at the use of irony, ridicule and satire as political tools.
Les mer
Notes on contributors; Preface; List of abbreviations; Introduction: 'Don't worry, I've got the key' Guy Halsall; Part I. The Fate of Humorous Writing: 1. Laughter and humour in the early medieval Latin west Danuta Schanzer; 2. Humour and the everyday in Byzantium John Haldon; Part II. Humour and the Politics of Difference: 3. The lexicon of abuse: drunkenness and political illegitimacy in the late Roman world Mark Humphries; 4. Funny foreigners: laughing with the barbarians in late Antiquity Guy Halsall; 5. Liutprand of Cremona's sense of humour Ross Balzaretti; Part III. Humour, History and Politics in the Carolingian World: 6. 'He never even allowed his white teeth to be bared in laughter': the politics of humour in the Carolingian renaissance Matthew Innes; 7. Alcuin's Disputatio Pippini and the early medieval riddle tradition Martha Bayless; 8. Laughter after Babel's fall: misunderstanding and miscommunication in the ninth-century west Paul Kershaw; Index.
Les mer
Review of the hardback: 'Whilst the overarching theme is humour and comedy, sophisticated issues of politics, hostility, and hermeneutics are raised. This is an exciting collection, erudite yet accessible, providing an entertaining and revealing resource for students and scholars alike.' Medium Aemm
Les mer
A collection of essays on the use of humour by late antique and early medieval writers.
Guy Halsall is Lecturer in History, Birkbeck College, University of London. His publications include Settlement and Social Organization: The Merovingian Region of Metz (Cambridge, 1995), Early Medieval Cemeteries: An Introduction to Cemetery Archaeology in the Post-Roman West (Glasgow, 1995) and (ed) Violence and Society in the Early Medieval West (Woodbridge, 1997).
Les mer
Nettpris:
905,-
Levering 3-20 dager 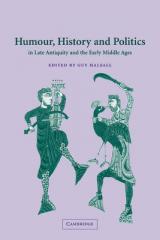 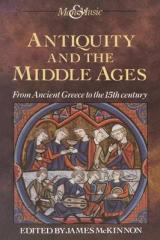 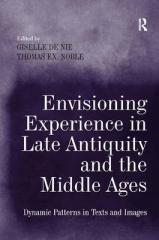 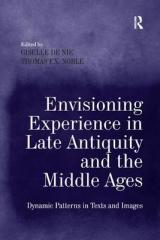