I Hate Fairyland Book One

I Hate Fairyland Book One

Young, Skottie
Innbundet / 2017 / Engelsk
From SKOTTIE YOUNG, New york Times Best Selling, Eisner Award winning cartoonist of the Wizard of OZ graphic Novels, Rocket Raccoon, and Fortunately, The Milk comes a satirical fairytale adventure that smashes it's cute little face against hilariously violent comedy that's definitely NOT bedtime story material for the kiddies. (unless your parents are super cool and don't screen your entertainment, then... whatever.) In this oversized DELUXE HARDCOVER, join Gert (a grown woman in a six-year old girl's body, who has been stuck in a the magical world of Fairyland for over thirty years) on a maddening quest to return home. It's just her, a fly named Larry, a giant blood-soaked battle-axe and and endless amount of cute and cuddly Fairylanders standing in her way. Collects issues 1-10, along with EXCLUSIVE EXTRAS!
Les mer
"Contains material originally published in single magazine form as I hate Fairyland #1-10"--Copyright page.
LIBRARY JOURNAL -- Once upon a time, a little girl named Gertrude made a wish to visit Fairyland, a fantasy kingdom filled with magic and the promise of endless adventure. Queen Cloudia, ruler of Fairyland, granted Gertrude's wish and charged her with a quest to retrieve a key that would allow her to return home. Twenty-seven years later, an ageless, immortal Gertrude has been driven mad by her ceaseless wanderings, which are less and less a mission and more of a bloody rampage across the kingdom. Tired of seeing her subjects disemboweled but bound by magical law against doing away with Gertrude herself, Queen Cloudia plots to throw a series of obstacles in her way. Collecting the first ten issues of an ongoing series, this volume opens with Gertrude killing an anthropomorphic moon via cannon and only gets more berserk from there. Creator Young (Rocket Raccoon) has a knack for brutally funny dialog and presents the action in a candy-colored, supercute style, making fountains of blood simultaneously horrifying and a little bit charming.Verdict Gory, endlessly inventive, and often laugh-out-loud funny.-Tom Batten, Grafton, VA
Les mer
Nettpris:
450,-
Levering 3-20 dager 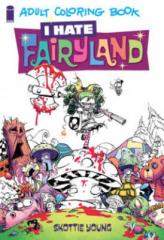 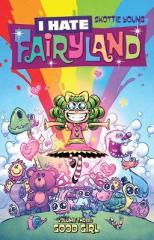 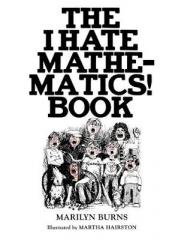 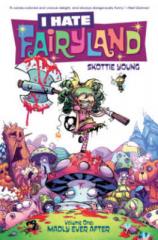