Barghouti, Mourid
Heftet / 2005 / Engelsk
In 1966, the Palestinian poet Mourid Barghouti, then twenty-two, left his country to return to university in Cairo. A year later came the Six Day War and Barghouti, like many Palestinians living abroad, was denied entry into his homeland. Thirty years later, he was finally allowed to visit Ramallah, the city he had grown up in. A rickety wooden bridge over a dried-up river connects the West Bank to Jordan. It is the very same bridge Barghouti had crossed little knowing that he would not be able to return. I Saw Ramallah, his extraordinarily beautiful account of homecoming, begins at this crossing, filled with its ironies and heartaches. In half bemusement, half joy, Barghouti journeys through Ramallah, keenly aware that the city he had left barely resembles the present-day city scarred by the Occupation - and he discovers in this displacement, that the events of 1967 have made him permanently homeless.
Les mer
The highly-acclaimed meditation on the nature of exile by Palestine's leading poet
'The most eloquent statement in English of what it is like to be a Palestinian today' Times Literary Supplement 'An important literary event One of the finest existential accounts of Palestinian displacement that we now have' Edward Said 'The passionate pain of exile, recounted at the end of a day by a true poet' John Berger 'Beautifully translated by Ahdaf Soueif The graceful cadences of Soueif's prose catch the ontological trauma of being a displaced person Outside any political faction, Barghouti manages to be temperate, fair-minded, resilient and uniquely sad. This is an impressive addition to the literature of exile' Tom Paulin, Independent
Les mer
Translated by Ahdaf Soueif with an introduction by Edward Said Winner of the Naguib Mahfouz Medal for Literature A major seller in the Middle East, this has had six editions in Arabic and has been published in Italy, Spain and the USA
Les mer
Mourid Barghouti was born in 1944 near Ramallah. He has published thirteen books of poetry in Arabic including a Collected Works (1997) and was awarded the Palestine Award for Poetry in 2000. Mourid Barghouti lives in Cairo with his wife, the novelist Radwa Ashour. His first collection of poems, 'Midnight' will be published by Arc in October 2008. About the translator Ahdaf Soueif is the acclaimed author of four books, including the international bestseller and Booker Prize-shortlisted The Map of Love .
Les mer
Nettpris:
182,-
Levering 3-20 dager 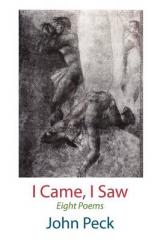 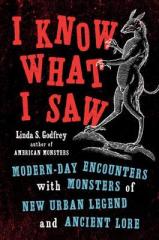