Image and Reality of the Israel-Palestine Conflict

Image and Reality of the Israel-Palestine Conflict

Finkelstein, Norman G.
Heftet / 2003 / Engelsk
First published in 1995, this highly acclaimed study scrutinizes popular and scholarly representations of the Israel-Palestine conflict. It begins with a novel theoretical interpretation of Zionism, and then moves on to critically engage the influential studies of Joan Peters, Benny Morris, and Anita Shapira. Carefully rehearsing the documentary record, Finkelstein also challenges the dominant images of the June 1967 and October 1973 Arab-Israeli wars. In a comprehensive new introduction, he provides the most succinct overview available in the English language of the Israeli-Palestine conflict, while in several new chapters he juxtaposes Israeli policy in the Occupied Territories against South African apartheid, and demolishes the scholarly pretensions of Michael Oren's recent bestseller on the June 1967 war.
Les mer
First published in 1995, this polemical study challenges accepted truths of the Israel-Palestine conflict as well as much of the revisionist literature. This new edition re-examines popular images in the light of the current failures of the peace process.
Les mer
"Norman Finkelstein is one of the most radical and hard-hitting critics of the official Zionist version of the Arab-Israeli conflict and of the historians who support this version. ... a major contribution to the study of the Arab-Israeli conflict which deserves to be widely read, especially in the United States." -- Avi Shlaim, St. Antony's College, Oxford University "Anyone interested in seeing justice brought to the Middle East must read this book." -- Charles Glass, former ABC Middle East correspondent "... this thouroughly documented book is guaranteed to stimulate and provoke. It will be required reading in the continuing war of the historians." -- William Quandt, Foreign Affairs "... the most revealing study of the historical background of the conflict and the current peace agreement." -- Noam Chomsky, The Guardian "... a thought provoking work which calls into question many of the accepted 'truths' associated with the Israeli-Palestine conflict." -- Middle East Journal "... both an impressive analysis of Zionist ideology and a searing but scholarly indictment of Israel's treatment of the Arabs since 1948." -- London Review of Books
Les mer
Norman G. Finkelstein currently teaches Political Theory and History at DePaul University in Chicago. He is author of The Holocaust Industry, The Rise and Fall of Palestine, and (with Ruth Bettina Birn) of A Nation on Trial, named a notable book for 1998 by the New York Times Book Review.
Les mer
Nettpris:
368,-
Levering 3-20 dager 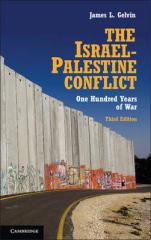 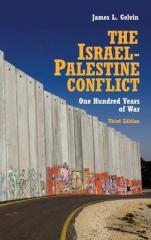 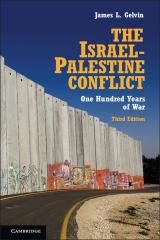 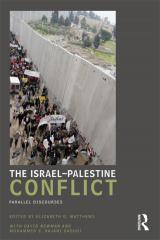