Jones, Peter
Heftet / 2015 / Engelsk
Interventions in Criminal Justice Volume 2: A handbook for counsellors and therapists working in the criminal justice system is an exciting second edition of Interventions in Criminal Justice and is a response to therapy in the criminal justice setting and addresses additional contemporary issues and challenges faced by counsellors and therapists working in the criminal justice system. It aims to make clear the links between the role of therapy in the life of an offender or ex-offender and their subsequent resettlement and rehabilitation. Interventions in Criminal Justice Volume 2 brings together the experiences and expertise of a range of practitioners who work within criminal justice and provides a broad and informative account of working therapeutically with a diverse range of clients and issues.
Les mer
Interventions in Criminal Justice Volume 2: A handbook for counsellors and therapists working in the criminal justice system responds to therapy in the criminal justice setting and addresses additional contemporary issues and challenges faced by criminal justice staff.
Les mer
Foreword; Contributors; Introduction. Chapter 1: Peter Jenkins and Jill Swindells Legal and ethical issues in therapeutic work in the criminal justice system; Chapter 2: Joel Harvey and Belinda Coulston Mental health and the criminal justice setting: the role of the applied psychologist; Chapter 3: Simon Antrobus and John Podmore Addictions and addictive behaviour; Chapter 4: Jo Gee and Jessica Collier Modifying therapies: female offenders with personality disorders; Chapter 5: Nikki Jeffcote, Alex Worsman, Claire Tobin and Brett Scott Progression and progress: establishing a service in prison for high risk men with personality disorders; Chapter 6: Lorna Jellicoe-Jones and Dr Rajan Nathan The Beacon: an assessment and treatment service for men with personality difficulties and risk and offending behaviours; Chapter 7: Michael Daffern and Flora Gilbert Understanding aggression: working therapeutically with violent offenders; Chapter 8: Andrew Smith Why counsel sex offenders?; Chapter 9: Adrian J Hayes Ill-health, dementia and death in older prisoners; Chapter 10: Janette Masterton Unlocking grief: bereavement counselling in prison; Chapter 11: Rachel O'Brien Talking about a rehabilitation revolution.
Les mer
"This volume is a ground breaker - expanding in both breadth and depth - it is perhaps illustrative of the field and to the tremendous credit of Peter Jones that there are such a range of voices in this volume. There is strength to such diversity and open and continued discourse." Professor Graham Towl, Durham University, UK
Les mer
Peter Jones has an extensive background in mental health and is a trained counsellor. He graduated with a diploma in counselling in 1997 and an MA in counselling in 1999. He is a recognised national leader in working with victims of sexual violence and trauma within the custodial setting and mental health arena, and he has presented his work at a number of national and international conferences.He has developed models of practice and pioneered work in this area both within and outside the custodial setting over the last 10 years. It is through this work that he has been challenged to explore more deeply the nature of regimes and their relationship to the patient and the healthcare worker and their impact on health. He has published a number of articles and books in this field.Peter chairs and leads the Counselling in Prisons Network, which he founded in 2007. It now has over 100 members. He is also the chair for a specialist interest group within the World Health Organization in relation to sexual violence and trauma in custodial settings. He also chairs and leads the Wellbeing in Prisons: Higher Education Network. He is the author of Male Sexual Abuse and Trauma Training, which comprises a manual, DVD and interactive book on CD-rom. He is the editor of the first volume of Interventions in Criminal Justice.In 2009 Peter was awarded a BACP fellowship in recognition of his distinguished contribution to counselling and psychotherapy in the UK. Peter was elected a Fellow to the Royal Society of Arts in 2013. He became a Visiting Fellow in the School of Applied Social Science at Durham University in 2013. Peter is a leading national and international figure in working therapeutically with offenders.
Les mer
Nettpris:
458,-
Levering 3-20 dager 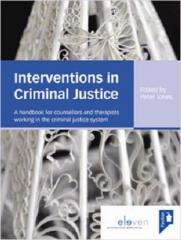 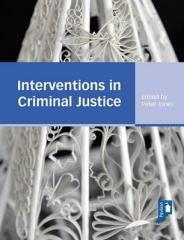 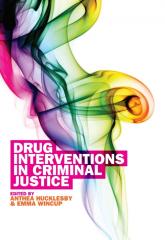