Iphigenia among the Taurians, Bacchae, Iphigenia at Aulis, Rhesus

Iphigenia among the Taurians, Bacchae, Iphigenia at Aulis, Rhesus

Euripides
Innbundet / 1999 / Engelsk
This book is the second of three volumes of a new prose translation, with introduction and notes, of Euripides' most popular plays. The first three tragedies translated in this volume illustrate Euripides' extraordinary dramatic range. Iphigenia among the Taurians, set on the Black Sea at the edge of the known world, is much more than an exciting story of escape. It is remarkable for its sensitive delineation of character as it weighs Greek against barbarian civilization. Bacchae, a profound exploration of the human psyche, deals with the appalling consequences of resistance to Dionysus, god of wine and unfettered emotion. This tragedy, which above all others speaks to our post-Freudian era, is one of Euripides' two last surviving plays. The second, Iphigenia at Aulis, so vastly different as to highlight the playwright's Protean invention, centres on the ultimate dysfunctional family, that of Agamemnon, as natural emotion is tested in the tragic crucible of the Greek expedition against Troy. Rhesus, probably the work of another playwright, deals with a grisly event in the Trojan War. Like Iphigenia at Aulis, its `subject is war and the pity of war', but it is also an exciting, action-packed theatrical Iliad in miniature.
Les mer
This text is the second of three volumes of a prose translation, with introduction and notes, of Euripides' popular plays. The first three tragedies in this volume illustrate Euripides' dramatic range. "Rhesus", probably the work of another playwright, deals with an event in the Trojan war.
Les mer
For the student who already knows (or at least senses) how wonderful Euripides is, and wants a reliable trot to facilitate studying the plays in Greek or to get a clear idea of their contents, Morwood's prose translation will be useful * The Classical Outlook, Vol.78, No.2 *M has adopted a prose which, while it reads easily, still preserves a formality that captures something of the tone of the original ... they are a faithfull rendition of the original, and so more useful to the student of Classics who is fairly new to Greek and who wants a reliable crib. * Eoin Patterson, Jact Review, Series 2, No.27, Summer 00. *
Les mer
Nettpris:
1.642,-
Levering 3-20 dager 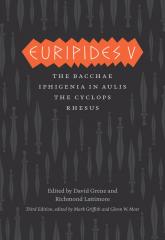 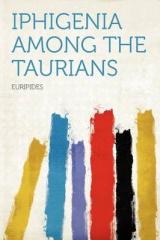 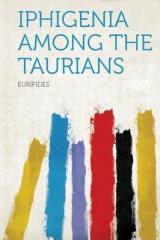 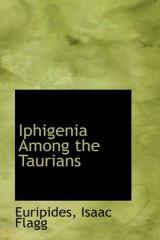