Islam, Sectarianism and Politics in the Sudan since the Mahdiyya

Islam, Sectarianism and Politics in the Sudan since the Mahdiyya

Warburg, Gabriel R.
Heftet / 2003 / Engelsk
Why another study of Islam and politics in Sudan? The unique history of Sudan's Islamic politics suggests the answer. The revolt in 1881 was led by a Mahdi who came to renew and purify Islam. It was in effect an uprising against a corrupt Islamic regime, the largely alien Turco-Egyptian ruling elite. The Mahdiyya was therefore an anti-colonial movement, seeking to liberate Sudan from alien rule and to unify the Muslim Umma, and it later evolved into the first expression of Sudanese nationalism and statehood. Post-independence Islamic radicalism, in turn, can be viewed against the background of the Anglo-Egyptian Condominium (1899-1956). It also thrived as a result of the resurgence of Islam since the mid-1960s, when Nasserism and other popular ideologies were swept aside. Finally, Sudan has emerged as the centre of militancy in Sunni Islam since June 1989, when a group of radical Islamic officers, under the guidance of Dr Hassan al-Turabi and the NIF, assumed power. In Warburg's view, the determination to enforce an Islamic state and an Islamic constitution on a multi-religious and multi-ethnic society has led to prolonged civil war, endless military coups and political, social and economic bankruptcy.
Les mer
A study of Islam, sectarianism and politics in Sudan since the Mahdiyya. It reveals that the determination to enforce an Islamic state and constitution on a multi-religious and multi-ethnic society led to prolonged civil war, endless military coups and political, as well as social and economic bankruptcy.
Les mer
Part 1 Islamization: Sufism and holy families; Islam and state under the Turkiyya, 1820-1881; social, economic and geo-political factors leading to revolt. Part 2 The Mahdist state, 1881-1898: background to the Mahdiyya; the path leading to revolt; Muhammad Ahmad b. 'Abdallah, the Mahdi; the Mahdist state under the Khalifa 'Abdullahi; laying the foundations of Mahdist administration. Part 3 Religious policy under the condominium: laying the foundations, 1899-1918; the emergence of neo-Mahdism; the path to independence, 1939-1955. Part 4 Independent Sudan, 1956-1989: statehood and constitution-making; the Islamic path, 1977-85; the Ansar-Umma in politics, 1954-86; the Muslim brothers and Numayri; the third democratic interlude, 1986-9. Part 5 Epilogue: the Islamist coup and the NIF-military coalition; Islam and democracy.
Les mer
'very informative and intensively researched [...] meticulously tackles the issue of Islam and politics during the contemporary era [...] will be well received by all interested in Sudan's affairs and the issue of Islam in politics.' (Dr Abdel Salam Sidahmed)
Les mer
Gabriel Warburg is former Vice Chancellor of the University of Haifa. This is the fifth book he has written on the history of Sudan
Nettpris:
322,-
Levering 3-20 dager 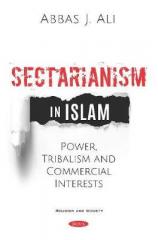 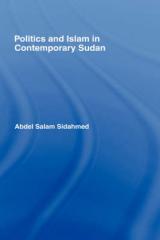 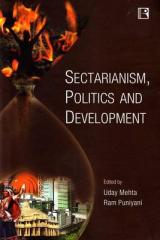