Lewis, Philip
Heftet / 1994 / Engelsk
From the 1980s Britain's large Muslim community, a long established but little noticed group, suddenly became visible as controversies involving the education and dress of Muslim schoolgirls, the Rushdie affair and the Gulf War excited huge media interest. Caricatures and misconceptions began to spread and, with political Islam on the march in many Middle Eastern countries, fears of British Muslims becoming a bridgehead in the West for the establishment of an Islamic theocracy began to loom in the popular imagination. How do British Muslims really think about themselves, about their religion and their politics? What dilemmas do they face as they give up the "myth of return" that sustained first-generation immigrants and struggle to define a British Islam? In this important book, the first major study of British Muslims, Philip Lewis deals with the reality behind distorted media images through a rich, first-hand account of the Muslim community in Bradford - the city which became the epicentre of British Muslim anger and resistance to The Satanic Verses.
Les mer
This is an investigation of British Muslims' perceptions of themselves and the dilemmas they face. The book also deals with the reality behind distorted media images through a first-hand account of the Muslim community in Bradford - the city at the epicentre of anger towards "The Satanic Verses".
Les mer
Britain's Muslim communities; Islam in South Asia; Bradford - Britain's "Islamabad"; Islamic institutions in Bradford; the "'Ulama" - the making and influence of a British Muslim leadership; beyond sectarianism - the role of the Council for Mosques; looking forward - Muslim communities in the 1990s.
Les mer
Nettpris:
305,-
Levering 3-20 dager 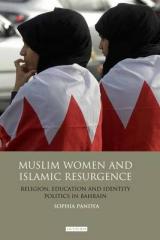 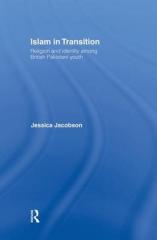 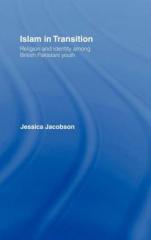