King Arthur The Making of the Legend

King Arthur The Making of the Legend

Higham, Nicholas J.
Innbundet / 2018 / Engelsk
A prominent scholar explores King Arthur's historical development, proposing that he began as a fictional character developed in the ninth century According to legend, King Arthur saved Britain from the Saxons and reigned over it gloriously sometime around A.D. 500. Whether or not there was a "real" King Arthur has all too often been neglected by scholars; most period specialists today declare themselves agnostic on this important matter. In this erudite volume, Nick Higham sets out to solve the puzzle, drawing on his original research and expertise to determine precisely when, and why, the legend began. Higham surveys all the major attempts to prove the origins of Arthur, weighing up and debunking hitherto claimed connections with classical Greece, Roman Dalmatia, Sarmatia, and the Caucasus. He then explores Arthur's emergence in Wales-up to his rise to fame at the hands of Geoffrey of Monmouth. Certain to arouse heated debate among those committed to defending any particular Arthur, Higham's book is an essential study for anyone seeking to understand how Arthur's story began.
Les mer
"Fascinating, authoritative analysis"-PD Smith, The Guardian "This is a thoughtful and patient, rational and fair-minded book, which critically examines various theories about the starting point for the Arthur myth." -Dan Jones, The Sunday Times"An engaging, interesting and accessible search for the facts behind the legend of King Arthur." -All About History"It is undoubtedly the case that Professor Higham is extremely well-versed in his subject and that he has a wide-ranging and in-depth familiarity with the literature relevant to his project." -Mark Jones, Albion Magazine"A well-produced book by a serious scholar" -David Miles, Minerva"King Arthur: The Making of the Legend is the peak of what historical research should be detailed, engaged with the pan-historical scholarly conversation on the mater, and with a level of research that should serve as an example to all other historians."-Meredith Clermont-Ferrand, Journal of British Studies"Likely to be the definitive text on the legendary warrior for the foreseeable future. With his profound knowledge of the rules of historical narrative and patient but forensic analysis of the evidence, Higham's riveting book brings the historical Arthur to what may be his last, decisive battle."-Max Adams, author of In the Land of Giants "A very intelligent book which presents the facts and invites you to draw your own conclusions about this legendary British monarch. If King Arthur didn't exist, he should have done and Nicholas Higham's book shows us why. A superb read: scholarly yet accessible. Highly recommended."-Francis Pryor, author of Britain B.C "This book provides an outstanding, and deeply informed, overview of the various 'King Arthurs' in history. Accessible and well-written, it is also a significant contribution to the debate around the historical origins of Arthur."-Anne Lawrence-Mathers, author of The True History of Merlin the Magician
Les mer
N. J. Higham is professor emeritus in history at the University of Manchester. His many works include Ecgfrith: King of the Northumbrians, High-King of Britain; King Arthur: Myth-making and History; and The Anglo-Saxon World. He lives in Cheshire, UK.
Les mer
Nettpris:
354,-
Levering 3-20 dager 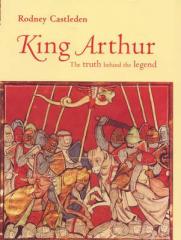 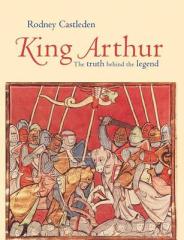 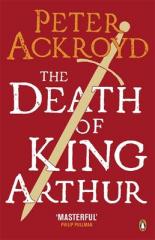 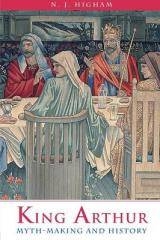