McGlynn, Sean
Digital bok / 2018 / Engelsk
John became king in 1199 and although all medieval kings had constantly to worry about financial issues, it is the inept way that John dealt with his that caused so much resentment. John lost his military campaigns; he was corrupt, indulged in blackmail, and manipulated the justice system more than any other king. He was a womaniser and rumours of ruthlessness surrounded him. The author provides fascinating insights into John’s rule, which ultimately leads to the story of Magna Carta. Magna Carta placed huge impositions on the king; now he could no longer rule arbitrarily but only in accordance with ‘the law of the land’. The impact of this precedence remains with us today. Among the charter’s clauses are those that focus on more mundane matters and ones that can seem to reflect the narrow interests of the barons demanding it, from standardising measures of wine, ale and corn to a whole range of references to feudal issues. Some clauses, however, have made it onto the statute books of today. This guide is a perfect mix of the incompetent rule of King John and his legacy that is Magna Carta.
Les mer
Nettpris:
30,- 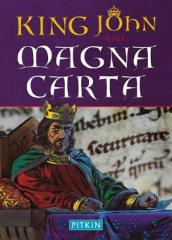 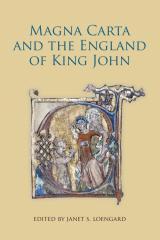 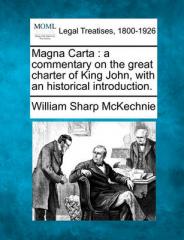 Magna Carta A Commentary on the Great Charter of King John, with an Historical Introduction.
McKechnie, William Sharp
Heftet / 2010 / Engelsk
339,-