Said, Edward W.
Innbundet / 2006 / Engelsk
Based on a hugely popular graduate seminar that Said taught in the fall of 1995 at Columbia, On Late Style examines the work produced by Richard Strauss, Ludwig van Beethoven, Arnold Schoenberg, Thomas Mann, Jean Genet, Giuseppe Tomesi di Lampedusa, C.D. Cavafy, Samuel Beckett, Luchino Visconti, and Glenn Gould at the end of their creative lives, and illuminates the ways in which these works differed from the artists' previous works and what they tell us about the artists' evolution. Said makes clear that rather than the resolution of a lifetime's artistic endeavor, most of the late works discussed are rife with unresolved contradiction and almost impenetrable complexity. But he helps us see how, though these works often stood in direct contrast to the tastes of society, they were, just as often, announcements of what was to come in the artist's discipline--works of true artistic genius. Eloquent and impassioned--the subject had increasing resonance for the author as he battled leukemia in the last years of his own life--brilliantly reasoned and revelatory, On Late Style is Edward Said's own great last work.
Les mer
Edward Said's first book of literary criticism since 1993.
This is Edward Said first major book of literary criticism since Culture and Imperialism (1993). Major publicity guaranteed All of Said's books have steady sales and this is the book that every fan of his will want
Les mer
Edward W. Said was University Professor of English and Comparative Literature at Columbia University . He was the author of more than twenty books, including Orientalism, Culture and Imperialism and his essays and reviews appeared in newspapers and periodicals throughout the world. Edward Said died in September 2003.
Les mer
Nettpris:
293,-
Levering 3-20 dager 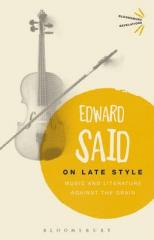 On Late Style Music and Literature Against the Grain
Said, Edward
Heftet / 2017 / Engelsk
259,- 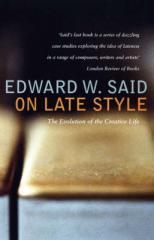 On Late Style Music and Literature Against the Grain
Said, Edward
Heftet / 2007 / Engelsk
259,- 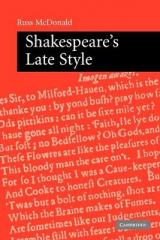 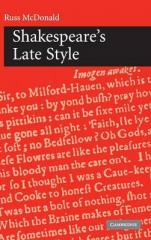