Prokopec, Aleksandar
Heftet / 2014 / Engelsk
This book is a must-have tutorial for software developers aiming to write concurrent programs in Scala, or broaden their existing knowledge of concurrency. This book is intended for Scala programmers that have no prior knowledge about concurrent programming, as well as those seeking to broaden their existing knowledge about concurrency. Basic knowledge of the Scala programming language will be helpful. Readers with a solid knowledge in another programming language, such as Java, should find this book easily accessible.
Les mer
Aleksandar Prokopec is a software developer and a concurrent and distributed programming researcher. He holds an MSc in Computing from the Faculty of Electrical Engineering and Computing, University of Zagreb, Croatia, and a PhD in Computer Science from the Ecole Polytechnique Federale de Lausanne, Switzerland. As a doctoral assistant and member of the Scala team at EPFL, he actively contributed to the Scala programming language, and has worked on programming abstractions for concurrency, data-parallel programming support, and concurrent data structures for Scala. He created the Scala Parallel Collections framework, which is a library for high-level data-parallel programming in Scala, and participated in working groups for Scala concurrency libraries, such as Futures and Promises and ScalaSTM.
Les mer
Nettpris:
458,-
Levering 3-20 dager 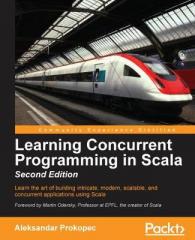 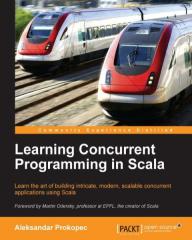 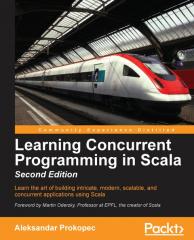 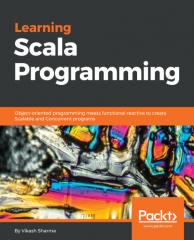