Literature, Modernism and Myth Belief and Responsibility in the Twentieth Century

Literature, Modernism and Myth Belief and Responsibility in the Twentieth Century

Bell, Michael
Heftet / 2006 / Engelsk
The use of myth in Modernist literature is a misleadingly familiar theme. Joyce's appropriation of Homer's Odyssey and Eliot's of Frazer's Golden Bough are, like Lawrence's primitivism or Yeats's nationalist folklore, attempts to discover an underlying metaphysic in an increasingly fragmented world. In Literature, Modernism and Myth Michael Bell also examines the relationship of myth and modernism to postmodernism. Myth, Bell shows, is inherently flexible; it was used to justify Pound's totalizing vision of society which eventually descended into fascism, and the liberal, ironic vision of human existence Joyce and Mann expressed. Those theorists who present myth as another form of mystification, a search for false origins, ignore its use by modernists to emphasise the ultimate contingency of all values. This anti-foundational element, Bell claims, enables myth to act as a corrective to the claims of ideological critique. Bell shows how postmodern concerns with political and social responsibility, and the role literature plays in formulating this, have in fact been inherited from modernism.
Les mer
Modernist literature discovered through myth an underlying metaphysic to an increasingly fragmented world. Michael Bell's study shows how modernists also used myth to emphasize the contingency of all values. This anti-foundational element, Bell claims, enables myth to act as a corrective to the political claims of ideological critique.
Les mer
Introduction; Part I: 1. Myth in the age of the world view; Part II: 2. Varieties of modernist mythopoeia; 3. Countercases: T. S. Eliot and Ezra Pound; 4. The politics of modernist mythopoeia; Part III: 5. The break-up of modernist mythopoeia; 6. Living with myth: Cervantes and the new world; 7. Living without myth: deconstructing the old world; Part IV: Conclusion: ideology, myth and criticism; Notes; Select bibliography; Index.
Les mer
'This study makes an original contribution to ongoing debates in literary criticism.' Manuscript'Bell manages to successfully place these traditions within a lively dialogue of modern Britain and America, whilst also laying to rest the fashionable criticisms about myths.' Anglia Newspaper for English Philology
Les mer
A study of the use of myth by modernists, and its relationship to contemporary notions of postmodernity.
Nettpris:
447,-
Levering 3-20 dager 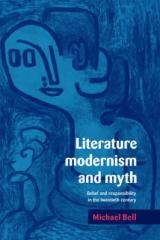 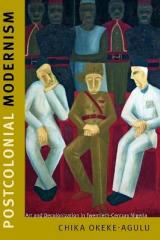 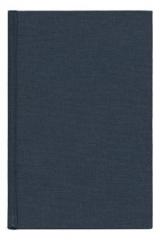 Modernism and the Middle East Architecture and Politics in the Twentieth Century
Innbundet / 2008 / Engelsk
1.081,- 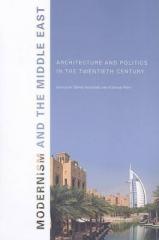