Making Race and Nation A Comparison of South Africa, the United States, and Brazil

Making Race and Nation A Comparison of South Africa, the United States, and Brazil

Marx, Anthony W.
Heftet / 1998 / Engelsk
Why and how has race become a central aspect of politics during this century? This book addresses this pressing question by comparing South African apartheid and resistance to it, the United States Jim Crow law and protests against it, and the myth of racial democracy in Brazil. Anthony Marx argues that these divergent experiences had roots in the history of slavery, colonialism, miscegenation and culture, but were fundamentally shaped by impediments and efforts to build national unity. In South Africa and the United States, ethnic or regional conflicts among whites were resolved by unifying whites and excluding blacks, while Brazil's longer established national unity required no such legal racial crutch. Race was thus central to projects of nation-building, and nationalism shaped uses of race. Professor Marx extends this argument to explain popular protest and the current salience of issues of race.
Les mer
Ideas, policies, conflicts about race and images of nationalism have been major themes of politics for more than a century. This book illuminates the particular experiences of South Africa, the United States, and Brazil, but also uses comparisons to reveal patterns and linkages between race, nation, state and class dynamics not otherwise apparent.
Les mer
Preface and acknowledgements; 1. Introduction; Part I. Historical and Cultural Legacies: 2. Trajectories from colonialism; 3. Lessons from slavery; 4. The uncertain legacy of miscegenation; Implications; Part II. Racial Domination and the Nation-State: 5. 'Wee for thee, South Africa': the racial state; 6. 'To bind up the nation's wounds': the United States after the Civil War; 7. 'Order and progress': inclusive nation-state building in Brazil; Comparative racial domination: an overview; Part III. Race Making from Below: 8. 'We are a rock': Black racial identity, mobilization and the new South Africa; 9. Burying Jim Crow: Black racial identity, mobilization and reform in the United States; 10. Breaching Brazil's pact of silence; 11. Conclusion; Notes; Bibliography; Index.
Les mer
'... Marx's book is the only systematic and detailed comparison of race and racism in all three countries yet to appear ... his bold and provocative argument illuminates an important and previously neglected facet of the comparative history of race relations. He has brought the state into the discussion of how race is made in a way that will make it impossible to ignore in the future'. The New York Review
Les mer
This book uses comparisons of South Africa, the United States, and Brazil to reveal patterns about race, nation, state and class dynamics.
Nettpris:
331,-
Levering 3-20 dager 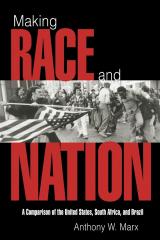 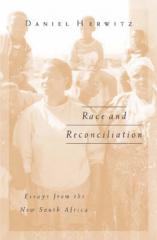 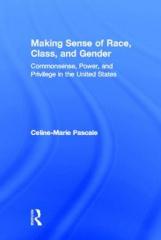