Boncardo, Robert Gelder, Christian R.
Heftet / 2017 / Engelsk
From the post-War writings of Sartre and Blanchot to the post-structuralism of Jacques Derrida and Julia Kristeva, French philosophers have consistently debated the poetry of Stephane Mallarme, almost as a rite of passage. Alain Badiou, Jean-Claude Milner and Jacques Ranciere - three of the most important philosophers alive today - are no exception, having written extensively about the poet since the 1960's and 70's up until today. This book contains a series of interviews with these three figures on Mallarme, as well as an extended introduction that places their thought on literature into dialogue. Speaking about their personal and philosophical relationships with each other, on methods of reading, on poetry and politics, and poetry and mathematics, each philosopher reflects on their life-long engagement with Mallarme, as well as on the different, often incommensurable, images of the poet their philosophies have generated. As Ranciere, Milner and Badiou point to the past importance and future directions Mallarme gives to thought, these interviews lend credence to Barthes' remark that "all we can do is repeat Mallarme - and it is good that we do so".
Les mer
Featuring original interviews with three of the most important theorists of the 21st century, this volume clarifies the relationship between contemporary French philosophy and poetry. The interviews demonstrate how Ranciere, Milner, and Badiou are all in conversation with one another on various points.
Les mer
Introduction: The subject to which everything is attached / 1. "A singular invention of language and thought": Jacques Ranciere / 2. "I believed I owed Mallarme the truth": Jean-Claude Milner / 3. "Mallarme said it all": Alain Badiou / Further Reading / Index
Les mer
"Mallarme said it all": these conversations with three of France's leading philosophers explore the complexity of the poet's thought, moving from the broadly humanistic to the more overtly political. By tying each interpretation to the personal evolution of each thinker, the two editors enhance our understanding both of these readings of Mallarme and of the philosophers themselves. -- Rosemary Lloyd, Rudy Professor Emerita of French, Indiana University BloomingtonThe interviews conducted by Robert Boncardo and Christian Gelder with Alain Badiou, Jean-Claude Milner and Jacques Ranciere are invaluable, and for more than one reason. They confirm that Stephane Mallarme is an unsurpassable figure in the French literary and intellectual field for whoever reflects with even the slightest seriousness on the relations between literature, philosophy, science and politics. They provide a very illuminating overview of the mental universes of some of the greatest contemporary French intellectuals, and prove in passing that, no, they have not yet completely disappeared. And finally, they suffice to show that, in a period of academic regression in literary studies, it is possible to assign this discipline tasks far more exhilarating than what today's reigning neo-philology can imagine. -- Vincent Kaufmann, Director of MCM Institute, Univeristy of St. Gallen, SwitzerlandWhen properly conscious of Mallarme at all, the Anglophone world has rarely if ever registered the astonishing variety of the thought he has provoked in modern France, and his crucial importance for a range of philosophical, linguistic, political, aesthetic and mathematical debates. With a long and well-informed introduction, these searching and absorbing interviews tell us much, not only about how Mallarme has mattered and continued to matter to his compatriots, but about why he should matter to ourselves. -- Andrew Gibson, former Research Professor of Modern Literature and Theory, Royal Holloway, University of London and member of the Conseil Scientifique of the College International de Philosophie in ParisThe interviews with Badiou, Ranciere and Milner, as occasioned and recorded in this important new book restore Stephane Mallarme to the world of real artistic, political and scientific events and actions, and hopefully contribute towards further emancipating the great poet's work from perceptions of inaccessibility and obscurity. * Sydney Review of Books, 20 April 2018 *[Le livre] a le grand merite, d'abord, de rappeler que le poete est encore a l'origine de pensees abstraites, malgre la domination depuis une bonne dizaine d'annees, dans un champ toujours en expansion, de l'approche socio-historique. * French Studies, 72/2 *
Les mer
Robert Boncardo has completed a doctorate in French Studies at The University of Sydney and Aix-Marseille Universite. Christian R. Gelder has completed a Master of Arts in English Literature at The Centre for Modernism Studies in Australia, The University of New South Wales.
Les mer
Nettpris:
419,-
Levering 3-20 dager 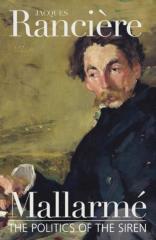 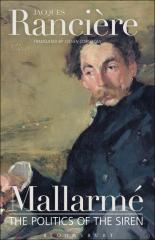 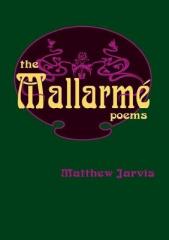