Medea and Other Plays

Medea and Other Plays

Euripides
Heftet / 2008 / Engelsk
`the most tragic of the poets' Aristotle Euripides was one of the most popular and controversial of all Greek tragedians, and his plays are marked by an independence of thought, ingenious dramatic devices, and a subtle variety of register and mood. He is also remarkable for the prominence he gave to female characters, whether heroines of virtue or vice. In the ethically shocking Medea, the first known child-killing mother in Greek myth to perform the deed in cold blood manipulates her world in order to wreak vengeance on her treacherous husband. Hippolytus sees Phaedra's confession of her passion for her stepson herald disaster, while Electra's heroine helps her brother murder their mother in an act that mingles justice and sin. Lastly, lighter in tone, the satyr drama, Helen, is an exploration of the impossibility of certitude as brilliantly paradoxical as the three famous tragedies. This new translation does full justice to Euripides's range of tone and gift for narrative. A lucid introduction provides substantial analysis of each play, complete with vital explanations of the traditions and background to Euripides's world. ABOUT THE SERIES: For over 100 years Oxford World's Classics has made available the widest range of literature from around the globe. Each affordable volume reflects Oxford's commitment to scholarship, providing the most accurate text plus a wealth of other valuable features, including expert introductions by leading authorities, helpful notes to clarify the text, up-to-date bibliographies for further study, and much more.
Les mer
Medea ; Hippolytus ; Electra ; Helen
Hellenists and generalists alike have reason to rejoice ... adds to our understanding and appreciation of a poet-playwright who has never ceased to controversial ... comprises four major plays that are wonderful to have together. Edith Hall's introductory essays ... are eloquent and informative, deftly highlighting each play's chief issues ... several new insights into the texts, and sound explanations of the mythical background and ongoing action ... James Morwood's translations ... are extraordinary. In crisp prose ... these may be the easiest-to-read accurate versions that we are likely to see and, in the inexpensive World Classics edition are quite a bargain. No others ... lend themselves to such a ready reading ... The sheer clarity of the English is a considerable achievement. * Victor Castellani, The Classical Outlook/Fall 1999, Volume 77, no 1 *
Les mer
James Morwood was Grocyn Lecturer at Wadham College, Oxford.
Nettpris:
146,-
Levering 3-20 dager 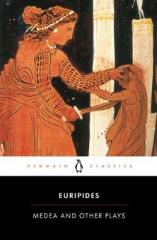 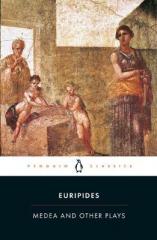 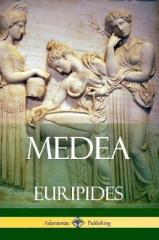