Lynch, Joseph
Heftet / 2013 / Engelsk
The Medieval Church: A Brief History argues for the pervasiveness of the Church in every aspect of life in medieval Europe. It shows how the institution of the Church attempted to control the lives and behaviour of medieval people, for example, through canon law, while at the same time being influenced by popular movements like the friars and heresy. This fully updated and illustrated second edition offers a new introductory chapter on 'the Basics of Christianity,' for students who might be unfamiliar with this territory. The book now has new material on some of the key individuals in church history: Benedict of Nursia, Hildegard of Bingen, Bernard of Clairvaux and Francis of Assisi as well as a more comprehensive study throughout of the role of women in the medieval church. Lynch and Adamo seek to explain the history of the Church as an institution, and to explore its all-pervasive role in medieval life. In the course of the thousand years covered in this book, we see the members and leaders of the Western Church struggle with questions that are still relevant today: What is the nature of God? How does a church keep beliefs from becoming diluted in a diverse society? What role should the state play in religion? The book is now accompanied by a website with textual, visual, and musical primary sources making it a fantastic resource for students of medieval history.
Les mer
List of figures. List of maps. Preface to the 1st edition. Preface to the 2nd edition. Publisher's acknowledgements. Glossary. Chapter 1: The basics of Christianity. Chapter 2: Ancient Christianity. Chapter 3: Beginnings of the medieval church. Chapter 4: The conversion of the west (350-700). Chapter 5: The Papal-Frankish Alliance. Chapter 6: The church in the Carolingian Empire. Chapter 7: The Carolingian Renaissance. Chapter 8: The collapse of the Carolingian world. Chapter 9: The church in the year 1000. Chapter 10: The eleventh-century reforms. Chapter 11: The rise of Christendom. Chapter 12: The age of the papacy. Chapter 13: The New Testament revival. Chapter 14: Monastic life in the twelfth century. Chapter 15: The heretics. Chapter 16: The friars. Chapter 17: The schools. Chapter 18: The sacramental life. Chapter 19: Crisis and calamity. Chapter 20: The church in the fifteenth century. Chapter 21: Epilogue. Index.
Les mer
"Both editions constitute the best "brief'' history of this subject that is presently available.Summing up: Highly recommended" G.H. Shriver, emeritus, Georgia Southern University in CHOICE. "The book is readable, wise in its judgments and broader statements, written with an eye on students who know little of the topic and not much more about the Middle Ages in general, and outstanding for its presentation of a tale of change and transition and the interplay of faith and practice: Christianity as a religion and the church as an institution. Pithy statements, often with a touch of humor and irony, enhance its readability. Lynch's first edition (of 1992) was very good and this new version more than matches the original standard." Joel T. Rosenthal, emeritus, Stony Brook Univeristy in The Medieval Review.
Les mer
Joseph H. Lynch earned his Ph.D. from Harvard University in 1971. He was the Joe & Elizabeth Engle Chair in the History of Christianity at The Ohio State University, where he taught from 1976 until 2008. Throughout his career, he earned many teaching awards, held numerous distinguished fellowships, and authored several books on church history. Phillip C. Adamo studied medieval history under Joseph Lynch at The Ohio State University. He earned his Ph.D. in 2000. Adamo is currently Associate Professor of History and Director of Medieval Studies at Augsburg College in Minneapolis. In 2006, he was awarded Augsburg's Teaching Award for Outstanding Contributions to Teaching and Learning.
Les mer
Nettpris:
480,-
På lager, sendes nå 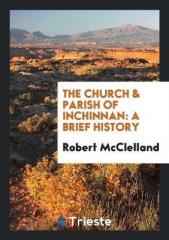