Metamorphosis of Magic From Late Antiquity to the Early Modern Period

Metamorphosis of Magic From Late Antiquity to the Early Modern Period

Bremmer, Jan N. Veenstra, Jan R.
Innbundet / 2003 / Engelsk
Deities, demons, and angels became important protagonists in the magic of the Late Antique world, and were also the main reasons for the condemnation of magic in the Christian era. Supplicatory incantations, rituals of coercion, enticing suffumigations, magical prayers and mystical songs drew spiritual powers to the humain domain. Next to the magician's desire to regulate fate and fortune, it was the communion with the spirit world that gave magic the potential to purify and even deify its practitioners. The sense of elation and the awareness of a metaphysical order caused magic to merge with philosophy (notably Neoplatonism). The heritage of Late Antique theurgy would be passed on to the Arab world, and together with classical science and learning would take root again in the Latin West in the High Middle Ages. The metamorphosis of magic laid out in this book is the transformation of ritual into occult philosophy against the background of cultural changes in Judaism, Graeco-Roman religion and Christianity. This volume, the first in the new series Groningen Studies in Cultural Change, offers the papers presented at the workshop The Metamorphosis of Magic from Late Antiquity to the Early Modern Period held from 22 to 24 June 2000, and organised by Jan N. Bremmer and Jan R. Veenstra. The papers have been written by scholars from such varying disciplines as classics, theology, philosophy, cultural history, and law. Their contributions shed new light upon several old obscurities; they show magic to be a significant area of culture, and they advance the case for viewing transformations in the lore and practice of magic as a barometer with which to measure cultural change.
Les mer
Nettpris:
489,-
Levering 3-20 dager 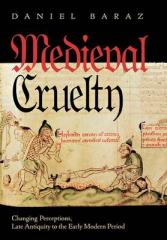 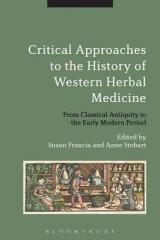 Critical Approaches to the History of Western Herbal Medicine From Classical Antiquity to the Early Modern Period
Heftet / 2015 / Engelsk
535,- 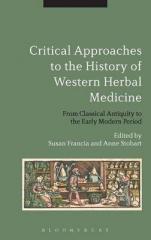 Critical Approaches to the History of Western Herbal Medicine From Classical Antiquity to the Early Modern Period
Innbundet / 2014 / Engelsk
1.452,-