Kymlicka, Will
Heftet / 1996 / Engelsk
The increasingly multicultural fabric of modern societies has given rise to many new issues and conflicts, as ethnic and national minorities demand recognition and support for their cultural identity. This book presents a new conception of the rights and status of minority cultures. It argues that certain sorts of `collective rights' for minority cultures are consistent with liberal democratic principles, and that standard liberal objections to recognizing such rights on grounds of individual freedom, social justice, and national unity, can be answered. However, Professor Kymlicka emphasises that no single formula can be applied to all groups and that the needs and aspirations of immigrants are very different from those of indigenous peoples and national minorities. The book discusses issues such as language rights, group representation, religious education, federalism, and secession - issues which are central to understanding multicultural politics, but which have been surprisingly neglected in contemporary liberal theory.
Les mer
The increasingly multicultural fabric of modern societies has given rise to many new conflicts, as ethnic minorities and national minorities demand recognition and support for their cultural identity. Writing in a clear and non-technical way, Will Kymlicka, the leading political philosopher of his generation, provides the most comprehensive analysis to date of this crucial political issue.
Les mer
L'autore intende... portare ordine in un dibattito largamente confuso e percorso da posizioni che spesso hanno rischiato piu di mistificare che di analizzare i termini reali dei problemi. * Nicola Marcucci, Jura Gentium site, Centre for Philosophy of International Law and Global Politics, 07/06/2003 *This is a very important book, one that is indispensable for the present discussion of multiculturalism ... this is an immensely rich, informative, and above all clarifying work, written by a first-class philosophical mind, animated by a humane outlook. It ought to be compulsory reading for all those who want to carry on the debate in this area. * Charles Taylor, American Political Science Review *Will Kymlicka is among the most important and interesting liberal political theorists writing today ... [he] produces an elegant and extremely interesting liberal account of the character, applicability and conditions suitable for the deployment of the notion of the rights of minority cultures considered as group rights. The book is subtitled a liberal theory of minority rights and it is not too exaggerated to say that Kymlicka provides not only the first fully worked out theory of liberal minority rights but one of the most successful and satisfying accounts of liberal political theory in recent years. * N. Rengger, International Affairs *The overall argument of his book, and its attentive consideration of almost every issue vital to a complex notion of multiculturalism make invaluable reading for anyone weary of simplistic declamations. * Mitchell Cohen, Times Literary Supplement *This timely and well-argued book offers a liberal defense, based on individual autonomy and social equality, of certain group-specific rights to self-government, to support for cultural differences, and to political representation. Clear, unpolemical, and open-minded, it nicely marries normative political theory and institutional analysis ... In all, this is a fine book, and the one to which students of multiculturalism must first be sent. * Leslie Green, Journal of Politics *An important addition to liberal theory and necessary for students and scholars at all levels. * S. Majstorovic, Choice *This excellent book sketches a theory of minority rights and argues that such rights can find a comfortable home within liberal political philosophy. * James Nickel, Journal of Philosophy *It is full of many stimulating insights, throws valuable light on many complex issues, and grapples with agonizing dilemmas. Above all, it appreciates the cultural embeddedness of the individual and creates theoretical space for cultural rights, thereby making liberalism hospitable to the moral imperatives of cultural pluralism. * Bhikhu Parekh, Policy Studies *Kymlicka's achievement is in putting culture, nationality and minorities at the centre of liberal theory. He is a philosopher who always has one eye on policy, and his book can be recommended as an exemplar in "philosophy and public affairs". * Tariq Modood, Political Quarterly *A powerful intervention in that argument [about culture, identity and collective rights]. * Stephen Howe, New Statesman and Society *This is an important book which clarifies the issues at stake in the current debate between individual and collective rights. * Chantal Mouffe, Political Studies *Kymlicka's book is undeniably a valuable contribution to the ongoing, liberal-communitarian debate. Those wishing to survey this terrain will find his book an excellent starting point. * Patrick Malcolmson, Canadian Journal of Political Science *
Les mer
Awarded the Ralph J Bunche Award by the American Political Science Association for the best scholarly work in Political Science published in 1995 which explores the phenomenon of ethnic and cultural pluralism. Awarded the 1996 C.B. Macpherson Award by the Canadian Political Science Association 'for the best work in political theory'
Les mer
Will Kymlicka is Research Director of the Canadian Centre for Philosophy and Public Policy at the University of Ottawa, and Visiting Professor, Department of Philosophy, Carleton University. His previous books include: Liberalism, Community and Culture; Contemporary Political Philosophy and Justice in Political Philosophy.
Les mer
Nettpris:
350,-
Levering 2-6 dager 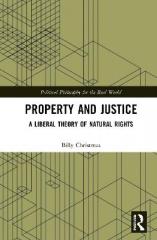 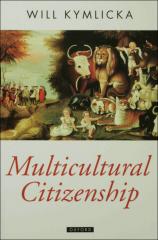 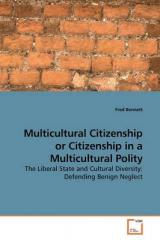