Musicophilia Tales of Music and the Brain

Musicophilia Tales of Music and the Brain

Sacks, Oliver
Heftet / 2018 / Engelsk
With an introduction by neuroscientist Daniel Glaser.With his trademark compassion and erudition, Dr Oliver Sacks examines the power of music through the individual experiences of patients, musicians, and everyday people. Among them: a surgeon who is struck by lightning and suddenly becomes obsessed with Chopin; people with 'amusia', to whom a symphony sounds like the clattering of poets and pans; and a man whose memory spans only seven seconds - for everything but music. Dr Sacks describes how music can animate people with Parkinson's disease who cannot otherwise move, give words to stroke patients who cannot otherwise speak, and calm and organize people who are deeply disoriented by Alzheimer's or schizophrenia.Musicophilia alters our conception of who we are and how we function, and shows us an essential part of what it is to be human.
Les mer
From the bestselling author of Awakenings and The Man Who Mistook His Wife for a Hat.
Fascinating. Music, as Sacks explains, "can pierce the heart directly". And this is the truth that he so brilliantly focuses upon - that music saves, consoles and nourishes us. * Daily Mail *An elegantly outlined series of case studies . . . which reveal the depth to which music grips so many people. * Observer *A humane discourse on the fragility of our minds, of the bodies that give rise to them, and of the world they create for us. This book is filled with wonders * Daily Telegraph *
Les mer
Oliver Sacks was a physician and the author of many books, including The Man Who Mistook His Wife for a Hat, Awakenings (which inspired the Oscar-nominated film) and Musicophilia. Born in London and educated at Oxford, he held positions at Albert Einstein College of Medicine and New York University School of Medicine and was Professor of Neurology and Psychiatry at Columbia University. He was the first, and only, Columbia University Artist, and was also a Fellow of the Royal College of Physicians. In 2008, he was appointed Commander of the Order of the British Empire. His memoir, On the Move, was published shortly before his death in August 2015.
Les mer
Nettpris:
203,-
Levering 3-20 dager 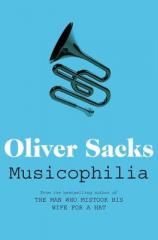 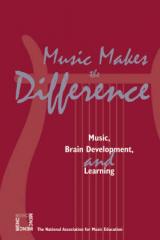 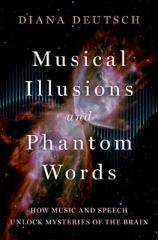