Heftet / 1998 / Engelsk
The contributors to this collection of essays on the literary use of myth in the early twentieth century and its literary and philosophical precedents from romanticism onwards draw on a range of disciplines, from anthropology, comparative literature, and literary criticism, to philosophy and religious studies. The underlying assumption is that modernist myth-making does not retreat from modernity, but projects a mode of being for the future which the past could serve to define. Modernist myth is not an attempted recovery of an archaic form of life so much as a sophisticated self-conscious equivalent. Far from seeking a return to an earlier romantic valorizing of myth, these essays show how the true interest of early twentieth-century myth-making lies in the consciousness, affirmative as well as tragic, of living in a human world which, in so far as it must embody value, can have no ultimate grounding. Although myth may initially appear to be the archaic counterterm to modernity, it is thus also the paradigm on which modernity has repeatedly reconstructed, or come to understand, its own life forms. The very term myth, by combining, in its modern usage, the rival meanings of a grounding narrative and a falsehood, encapsulates a central problem of modernity: how to live, given what we know.
Les mer
Acknowledgements. Michael BELL: Introduction. I Antecedents: A New Mythology? Bianca THEISEN: Romantic Myths of Myth: Myth as Autopoiesis. Edward LARRISSY: Zoas and Moods: Myth and Aspects of the Mind in Blake and Yeats. Maike OERGEL: Myth in the Nineteenth Century: Tennyson's Idylls and Wagner's Ring des Nibelungen. Peter POELLNER: Myth, Art and Illusion in Nietzsche. II Myth, Science, Technology. Bruce CLARKE: A Different Sun: The Allegory of Thermodynamics in D.H. Lawrence. David E. COOPER: Reactionary Modernism and Self-Conscious Myth. Robert SEGAL: The Existentialist Reinterpretation of Myth: Rudolf Bultmann and Hans Jonas. III Poeticizing the Modern: Myth as a Form of Life. Leon BURNETT: The Domination of Memory: Dark Days of Modernism. Peter NICHOLLS: To Unscrew the Inscrutable: Myth as Fiction and Belief in Ezra Pound's Cantos. Marc MANGANARO: Myth as Culture: The Lesson of Anthropology in T.S. Eliot. IV A New Immediacy: Grounding or Overcoming the Subject? John MCGOVERN: Like Water in Water: Primitivism and Modernity. Rainer EMIG: Macro-Myths and Micro-Myths: Modernist Poetry and the Problem of Artistic Creation. Gerald SIEGMUND: Freud's Myths: Memory, Culture and the Subject. Steven CONNOR: Echo's Bones: Myth, Modernity and the Vocalic Uncanny. Notes on Contributors. Bibliography of Works Cited. Index.
Les mer
Nettpris:
532,-
Levering 3-20 dager 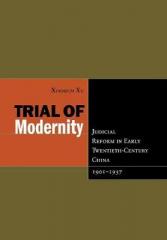 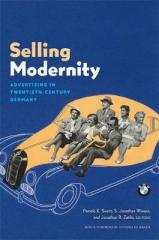 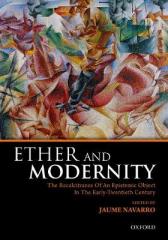