Caney, Simon
Digital bok / 2018 / Engelsk
Nationalism is once again rising and spreading. Nationlist movements are active throughout the world, demanding political recognition of their nations' identity. Yet the current revival of nationalism has taken place alongside claims that nation-states are becoming obsolete in an increasingly globalized world. In addition, now perhaps more than ever, people are conscious of humanity as a whole and are ready to take seriously the international dimensions of morality.In this collection of timely essays, distinguished moral and political philosophers examine issues raised by the competing claims of nationhood and internationalism from a variety of perspectives, and defend a variety of answers. Questions discussed include: Is humanity really divided into nations or are nations invented by nationalists? Does a nation have the right to be self-determining? If so, must each nation form a separate and sovereign state? Do our obligations stop at national boundaries? Do we not have obligations to human beings as such? Why then should we be less concerned about ?foreigners? than about our compatriots? Can we be concerned for social justice within societies yet not across the world as a whole? If we embrace ideas of human rights and global obligations, how do we establish what those rights and obligations actually are? Is it proper, plausible, or practical to aspire to such universal moral principles in a world characterized by national diversity and cultural difference?
Les mer
Nettpris:
148,- 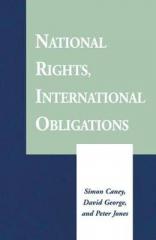 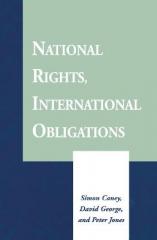 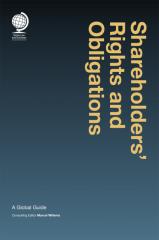