Nicholson, Simon Jinnah, Sikina
Heftet / 2016 / Engelsk
Prominent scholars and practitioners consider the role of global environmental politics in the face of increasing environmental stress.Humanity's collective impact on the Earth is vast. The rate and scale of human-driven environmental destruction is quickly outstripping our political and social capacities for managing it. We are in effect creating an Earth 2.0 on which the human signature is everywhere, a "new earth" in desperate need of humane and insightful guidance. In this volume, prominent scholars and practitioners in the field of global environmental politics consider the ecological and political realities of life on the new earth, and probe the field's deepest and most enduring questions at a time of increasing environmental stress. Arranged in complementary pairs, the essays in this volume include reflections on environmental pedagogy, analysis of new geopolitical realities, reflections on the power of social movements and international institutions, and calls for more compelling narratives to promote environmental action. At the heart of the volume is sustained attention to the role of traditional scholarly activities in a world confronting environmental disaster. Some contributors make the case that it is the scholar's role to provide activists with the necessary knowledge and tools; others argue for more direct engagement and political action. All the contributors confront the overriding question: What is the best use of their individual and combined energies, given the dire environmental reality?ContributorsErik Assadourian, Frank Biermann, Wil Burns, Ken Conca, Peter Dauvergne, Daniel Deudney, Navroz Dubash, Richard Falk, Joyeeta Gupta, Maria Ivanova, Peter Jacques, Sikina Jinnah, Karen T. Litfin, Michael F. Maniates, Elizabeth Mendenhall, Simon Nicholson, Kate O'Neill, Judith Shapiro, Paul Wapner, Oran R. Young
Les mer
Prominent scholars and practitioners consider the role of global environmental politics in the face of increasing environmental stress.
Simon Nicholson is Assistant Professor of International Relations and Director of the Global Environmental Politics Program at American University. Sikina Jinnah is Associate Professor of Environmental Studies at the University of California, Santa Cruz, and the author of the award-winning book Post-Treaty Politics: Secretariat Influence in Global Environmental Governance (MIT Press). Ken Conca is Associate Professor of Government and Politics and Director of the Harrison Program on the Future Global Agenda at the University of Maryland. Oran R. Young is Distinguished Professor Emeritus at the Bren School of Environmental Science and Management at the University of California, Santa Barbara. He is the author of Institutional Dynamics: Emergent Patterns in International Environmental Governance (MIT Press) and other books. Michael Maniates is Professor of Political Science and Environmental Science at Allegheny College. He is the coeditor, with Thomas Princen and Ken Conca, of Confronting Consumption (MIT Press, 2002). Maria Ivanova is Associate Professor of Global Governance and Director of the Center for Governance and Sustainability at the John W. McCormack Graduate School of Public Policy and Global Studies at the University of Massachusetts Boston. Ivanova is also a visiting scholar at the Climate CoLab at MIT Sloan School of Management. Peter Jacques is completing his Ph.D. in environmental policy and international relations, looking at environmental security. He has published in the areas of environmental security, US environmental policy, ocean policy, and political economy. He is the co-author of Ocean Politics and Policy: A Handbook (forthcoming). Simon Nicholson is Assistant Professor of International Relations and Director of the Global Environmental Politics Program at American University. Paul Wapner is Professor of Global Environmental Politics in the School of International Service at American University. He is the author of Environmental Activism and World Civic Politics, winner of the 1997 Harold and Margaret Sprout Award for the best book on international environmental affairs. Peter Dauvergne is Professor of International Relations at the University of British Columbia. He is the author of Environmentalism of the Rich, Eco-Business: A Big-Brand Takeover of Sustainability (with Jane Lister), and The Shadows of Consumption: Consequences for the Global Environment, all published by the MIT Press. Frank Biermann is Research Professor of Global Sustainability Governance with the Copernicus Institute of Sustainable Development at Utrecht University and the author of Earth System Governance: World Politics in the Anthropocene (MIT Press).
Les mer
Nettpris:
170,-
Levering 3-20 dager 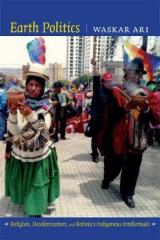 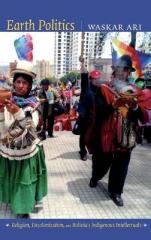