Modiano, Patrick
Heftet / 2015 / Engelsk
When Patrick Modiano was awarded the 2014 Nobel Prize for LIterature he was praised for using the 'art of memory' to bring to life the Occupation of Paris during the Second World War. The Night Watch is his second novel and tells the story of a young man of limited means, caught between his work for the French Gestapo informing on the Resistance, and his work for a Resistance cell informing on the police and the black market dealers whose seedy milieu of nightclubs, prostitutes and spivs he shares. Under pressure from both sides to inform and bring things to a crisis, he finds himself driven towards an act of self-sacrifice as the only way to escape an impossible situation and the question that haunts him - how to be a traitor without being a traitor. In this astonishing, cruel and tender book, Modiano attempts to exorcise the past by leading his characters out on a fantasmagoric patrol during one fatal night of the Occupation.
Les mer
Modiano's deceptive simplicity, where straightforward sentences conceal deeper and complex meanings, is also utterly spellbinding, and in this novella about an initially amoral double agent who works for both the Resistance and the Gestapo in Nazi-occupied Paris purely for his own benefit, he spins a particularly sticky and discomforting web * Glasgow Sunday Herald *A Marcel Proust of our time * Peter Englund, permanent secretary of the Swedish Academy *Modiano is a pure original * Adam Thirlwell *Modiano is the poet of the Occupation and a spokesman for the disappeared, and I am thrilled that the Swedish Academy has recognised him * Rupert Thomson, Guardian *From the satirical portrayal of anti-Semitism in his debut novel [La Place de l'Etoile] to later books such as The Search Warrant and Missing Person (winner of the 1978 Prix Goncourt), the Occupation shapes much of Modiano's work * Boyd Tonkin, Independent *
Les mer
The second novel by the winner of the Nobel Prize for Literature 2014, which with Ring Roads and La Place de l'Etoile forms a trilogy of the Occupation
Patrick Modiano was born in Paris in 1945 in the immediate aftermath of World War Two and the Nazi occupation of France, a dark period which continues to haunt him. After passing his baccalaureat, he left full-time education and dedicated himself to writing, encouraged by the French writer Raymond Queneau. From his very first book to his most recent, Modiano has pursued a quest for identity and some form of reconciliation with the past. His books have been published in forty languages and among the many prizes they have won are the Grand Prix du Roman de l'Academie francaise (1972), the Prix Goncourt (1978) and the Austrian State Prize for European Literature (2012). In 2014 he was awarded the Nobel Prize for Literature.
Les mer
Nettpris:
176,-
Levering 3-20 dager 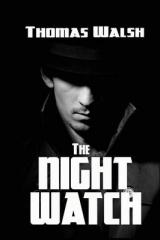 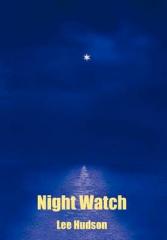 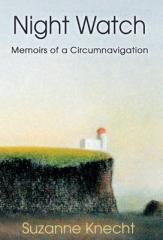