Savage King, Felicity Burgess, Ann Quinn, Victoria J. Osei, Akoto K. Se alle
Heftet / 2015 / Engelsk
Nutrition is an essential component of the work of all health and community workers, including those involved in humanitarian assistance, and yet it is often neglected in their basic training. Drawn from the experiences of an international editor team with extensive field experience, Nutrition for Developing Countries brings together the essential basics of nutrition in an easily accessible form which is accurate, up-to-date and practical, and suitable for a wide range of readers at different levels. The book covers the whole life cycle, including pregnancy, breastfeeding, complementary feeding, older children, adolescents, adults and the elderly, with an emphasis on the most vulnerable women and children. The fully revised and updated edition addresses both the long standing problems of undernutrition and malnutrition, and the growing epidemic of overnutrition and obesity, which are responsible for the rapid increase in non-communicable diseases of later life. Generously illustrated, Nutrition for Developing Countries explains in clear simple language, and practical detail, how nutrition workers can help families with nutrition problems, including many ideas for exercises for training nutrition workers.
Les mer
Is fully revised and updated edition addresses both long standing problems of undernutrition and malnutrition, and the growing epidemic of overnutrition and obesity in clear simple language, and practical detail.
Les mer
APPENDIX 1. RECOMMENDED ENERGY AND NUTRIENT INTAKES; APPENDIX 2 FOOD COMPOSITION TABLES; APPENDIX 3. SOURCES OF SELECTED NUTRIENTS; APPENDIX 4. BASIC ANTHROPOMETRIC INFORMATION; APPENDIX 5. KEEPING UP-TO-DATE; APPENDIX 6: KEY ACTIONS TO PREVENT THE DOUBLE BURDEN OF MALNUTRITION
Les mer
This book is a very good resource for training purposes especially to those new to the field of nutrition and also serves as a refresher for those already in the field. * Professor Francis Zotor, President of the African Nutrition Society *[Nutrition for Developing Countries]. . . brings together the essentials of nutrition in a way which is accurate, up-to-date, and suitable for a wide range of readers. * Jonathan Steffen, Sight and Life Magazine *
Les mer
Highly Commended in the Public Health category of the British Medical Association Book Awards 2016.
Felicity Savage King graduated in medicine from the University of Oxford in 1964, specialising in child health. From 1966-1972 she was Medical Officer and Researcher in Child Health in Lusaka, Zambia, then from 1972-1977 worked in Surabaya, Indonesia, before going to work in Nyeri, Kenya from 1979-1984. Felicity was a part-time Senior Lecturer at the Institute of Child Health, London from 1978 - 2011 and was Founding Director of the Masters level course "Breastfeeding Practice and Policy " at the Institute of Child Health from 1992. During 1993-2001 she was a Medical Officer, Department of Child Health for the World Health Organization responsible for breastfeeding training and contributing to development of WHO/UNICEF Baby-Friendly Hospital Initiative and Global Strategy for Infant and Young Child Feeding. Felicity has been a member of the Steering Committee of World Alliance for Breastfeeding Action from 2002, and Chairperson of WABA since 2005. Ann Burgess graduated in nutrition from the University of London in 1957, and then worked in the Medical Research Unit , and with Makerere University in Uganda, and later until 1971 with the Ministries of Health in Tanzania and Malawi. Ann completed her Masters in Public Health from University of the Philippines in 1975 and was a Lecturer/Senior Lecturer in nutrition at Institute of Public Health at the University of Philippines from 1975-78. From 1978-1985 Ann was part-time consultant for FAO, WFP, UNESCO, UNICEF and the University of Nairobi in Rome, East Africa, Gambia, and Nigeria. Since 1985 Ann has been a short-term consult for FAO, WHO, UNICEF and various universities and INGOs (including TALC) in Kenya, Malawi, Tanzania, and Ghana (lecturing, and developing materials) and is editorial advisor to the South Sudan Medical Journal. Victoria J. Quinn received her BSc in Nutritional Sciences (highest honours) from the University of California, Berkeley in 1979 and her Masters of Science (honours) in International Nutrition from Cornell University in 1982. In 2005 she earned her PhD in Nutrition from Wageningen University, The Netherlands. From 1982-1991 Victoria was based in eastern and southern Africa as Cornell's Regional Coordinator of the Nutritional Surveillance Programme with UNICEF. From 1993-1998 she lived in West Africa working as a nutrition consultant. In 1998 she moved to Washington D.C. to serve as the Senior Technical Manager overseeing the LINKAGES Projects broad-scale infant feeding programs in Africa and Latin America. In 2006 Victoria joined Helen Keller International as Senior Vice President of Programs. She was awarded the Chevalier l'Ordre National Malgache by the Government of Madagascar in 2004, and appointed Adjunct Associate Professor of Nutrition at Tufts University in 2007. Akoto Osei graduated with a BSc in Nutrition and Food Science from the University of Ghana in 2000 then went on to complete a masters in Food Policy and Applied Nutrition (2004), and PhD in Food Policy and Applied Nutrition (with minor in Nutrition Epidemiology) from Tufts University in 2009. Akoto also have a two year masters level training in Humanitarian Assistance in Complex Emergencies. Akoto is currently a nutrition specialist for the African Union Commission and was Asia Pacific Regional Nutrition Adviser for Helen Keller International from 2009-2014. Akoto has also been a consultant for the United Nations Children's Fund (UNICEF) in Sudan in 2008 and for the Micronutrient Initiative and World Food Program in India from 2007-2008. Akoto has published several articles, book chapters, and presented papers at various nutrition conferences.
Les mer
Nettpris:
588,-
Levering 2-6 dager 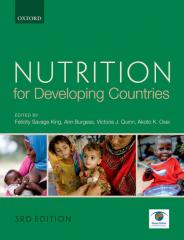 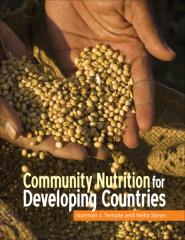 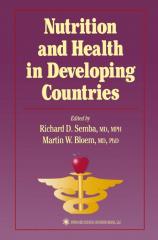 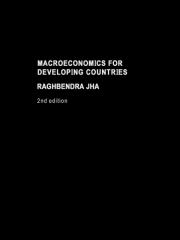