Modiano, Patrick
Heftet / 2017 / Engelsk
'Brisk, smart, witty, elliptical ... Recalls the directors of the New Wave ... Bracing and brilliant'Independent When Patrick Modiano was awarded the 2014 Nobel Prize for Literature he was praised for using the 'art of memory' to bring to life the Occupation of Paris during the Second World War. Born in 1945, Modiano's brilliant, angry writings burst onto the Parisian literary scene and caused a storm. His first, ferociously satirical novel, La Place de l'Etoile, was remarkable in seriously questioning both Nazi collaboration in France and the myths of the Gaullist era. The Night Watch tells the story of a man caught between his work for the French Gestapo and for a Resistance cell. Ring Roads recounts a son's search for his Jewish father, who disappeared ten years previously. These brilliant, almost hallucinatory, evocations of the Occupation attempt to exorcise the past by exploring the morally ambiguous worlds of collaboration and resistance.
Les mer
A swirling cacophony of characters in the tense, nervily hysterical world of the shady near-criminal types who stayed behind in Paris after the Nazis arrived ... Powerfully Pinteresque, as characters bristle with menace and barely-contained violence * Sunday Times *Like a cartoon strip in prose, caricatural and explosive ... A disturbing evocation of the terror and treachery of the Occupation, and a mordant reminder of the tense relationship between Jewishness and Frenchness * The Times *Self-consciously outrageous ... Conventions and pieties are torn to pieces in a manner befitting a book published in Paris in 1968 ... The more Modiano you read, the more seductive his work becomes ... Hypnotic and compulsive -- Duncan White * Daily Telegraph *Brisk, smart, witty, elliptical ... Recalls the directors of the New Wave - Godard, Truffaut, Louis Malle - as much as the opaque narrators of the nouveau roman ... Frank Wynne captures this scattergun savagery with formidable bite ... Bracing and brilliant ... Deepens the twilit mood of 1940s film noir or mid-period Graham Greene with an immersive intensity * Boyd Tonkin, Independent *A Marcel Proust of our time * Peter Englund, permanent secretary of the Swedish Academy *Modiano is a pure original * Adam Thirlwell *Modiano is the poet of the Occupation and a spokesman for the disappeared, and I am thrilled that the Swedish Academy has recognised him * Rupert Thomson, Guardian *Europe's home-grown divisions haunt the edgy, atmospheric Parisian fictions of 2014 Nobel laureate Patrick Modiano: sample the three early novels of The Occupation Trilogy * Independent, 2015's Finest Books *Usually when we think of French novels or films about Vichy France we think of the heroism of the Resistance. Modiano has a much darker subject: the grey zone of French collaboration. He is drawn to the murky worlds of gangsters, informers, collaborators and black marketeers ... This is Modiano's world as it was in the time of his father in wartime Paris ... La Place de l'Etoile is very unusual for Modiano. It's a shocking, almost hysterical rant by a French, Jewish anti-Semite, Raphael Schlemilovitch. It is nasty, brutish and short. It's a very knowing, literary work with references to French writers, Jewish and anti-Semitic alike, from Proust and Sartre to the notorious Jew-hater Brasillach ... Schlemilovitch constantly changes his identity. Few of Modiano's characters are sympathetic but Schlemilovitch is easily the least likeable ... The Night Watch marks Modiano's breakthrough ... The real change is in style. The narrative moves between a hazy, imprecise world where things are 'blurred' and 'fogged' to a precise world where everything is described in minute detail. Above all, there is a sense of mystery ... By the end of Ring Roads, Modiano had found his voice and was on his way to becoming one of France's most fascinating contemporary writers -- David Herman * Jewish Chronicle *
Les mer
'Brisk, smart, witty, elliptical ... Recalls the directors of the New Wave ... Bracing and brilliant' Independent
Patrick Modiano was born in Paris in 1945 in the immediate aftermath of World War Two and the Nazi occupation of France, a dark period which continues to haunt him. After passing his baccalaureat, he left full-time education and dedicated himself to writing, encouraged by the French writer Raymond Queneau. From his very first book to his most recent, Modiano has pursued a quest for identity and some form of reconciliation with the past. His books have been published in forty languages and among the many prizes they have won are the Grand Prix du Roman de l'Academie francaise (1972), the Prix Goncourt (1978) and the Austrian State Prize for European Literature (2012). In 2014 he was awarded the Nobel Prize for Literature. Frank Wynne is the prize-winning translator of Michel Houellebecq, Frederic Beigbeder and Boualem Sansal.
Les mer
Nettpris:
236,-
Levering 3-20 dager 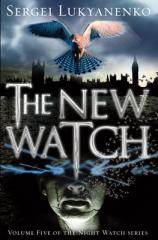 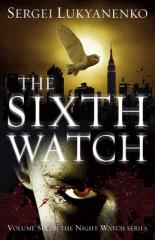 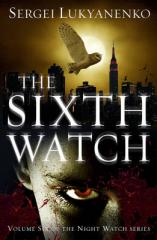 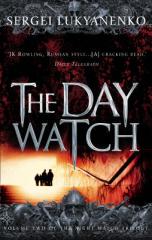