Wolff, Richard D. Barsamian, David
Heftet / 2012 / Engelsk
Today's economic crisis is capitalism's worst since the Great Depression. Millions have lost their jobs, homes and healthcare while those who work watch their pensions, benefits, and job security decline. As more and more are impacted by the crisis, the system continues to make the very wealthy even richer. In eye-opening interviews with prominent economist Richard Wolff, David Barsamian probes the root causes of the current economic crisis, its unjust social consequences, and what can and should be done to turn things around. While others blame corrupt bankers and unregulated speculators, the government, or even the poor who borrowed, the authors show that the causes of the crisis run much deeper. They reach back to the 1970s when the capitalist system itself shifted, ending the century-old pattern of rising wages for U.S. workers and thereby enabling the top 1% to become ultra-rich at the expense of the 99%. Since then, economic injustice has become chronic and further corrupted politics. The Occupy movement, by articulating deep indignation with the whole system, mobilizes huge numbers who seek basic change. Occupying the Economy not only clarifies and analyzes the crisis in U.S. capitalism today, it also points toward solutions that can shape a far better future for all. Richard D. Wolff is professor emeritus of Economics at the University of Massachusetts, Amherst, and visiting professor at the New School University. Author of Capitalism Hits the Fan, he's been a guest on NPR, Glenn Beck Show, and Democracy Now! David Barsamian is founder and director of Alternative Radio and author of Targeting Iran. He is best known for his interview books with Noam Chomsky, including Targeting Iran. "With unerring coherence and unequaled breadth of knowledge, Rick Wolff offers a rich and much needed corrective to the views of mainstream economists and pundits." --Stanley Aronowitz
Les mer
A hot-button primer on the taboo subject impacting most Americans today: the failure of capitalism to deliver public good.
Introduction The Systemic Crisis of Capitalism World Endgame? Occupying the Economy About the Authors
"Richard Wolff and David Barsamian truly understand, at the deepest levels, both the need for political, social, and economic change in this nation, and the ways such change can happen. This is an essential read for everybody concerned with the future of the world, from academics to concerned citizens, it's also a brilliant and thoughtful manual that every activist must own."--Thom Hartmann, internationally syndicated radio/TV host, and author of The Last Hours of Ancient Sunlight "Occupy activists everywhere are heatedly debating the question, "What's next for our movement?' In his collected interviews with David Barsamian, radical economist Richard Wolff lays out a compelling framework for further anti-corporate organizing that focuses on the root of the problem: capitalism and its never-ending assault on the 99%. Occupiers (past, present, and future) now have an intellectual guide to a different kind of economy--one that's equitable, sustainable, and, let's hope, politically achievable, sooner rather than later. Wolff's deep but conversational synthesis of recent practice and older theory couldn't be more timely, persuasive, and readable. This book should be required reading for all labor and community organizers newly inspired by Occupy Wall Street!"--Steve Early, labor activist, journalist, and author of The Civil Wars in U.S. Labor "We blame corrupt bankers, their industry, and the government who refused to properly regulate it for the financial crisis, but we need to look further back, to a time when the capitalist system itself shifted. Author David Barsamian devotes his entire book to interviews with renowned economist Richard Wolff, during which the two seek to understand the root causes of the current economic crisis, and what concerted efforts by individuals can do to bring about meaningful change."--SF Weekly "Like the writings of Karl Marx himself, Wolff's Occupy the Economy: Challenging Capitalism (2012, City Lights Books) gives a far more detailed analysis of the current systemic crisis than of how to build an alternative, democratic economy. The book does end, however, with a "Manifesto for Economic Democracy and Ecological Sanity," signed by seven activist intellectuals, which gives strong acknowledgment to the role of co-ops as training grounds for worker democracy. 'The change we propose... as a new and major addition to the agenda for social change,' says the Manifesto, '... is to occur inside production... the workers must become collectively their own bosses, their own board of directors...'"--Jewish Currents "Wolff, a Marxist economist, gives a deeper analysis of capitalism, so that the 'mysteries' of wealth accumulation become clear in all their exploitative nature. By reading "Occupy the Economy," the reader will unknowingly receive an excellent introductory lesson into Marx's greatest literary achievement, "Capital."--Smirking Chimp
Les mer
Print: The Atlantic, Rolling Stone, Mother Jones, Vogue, The Los Angeles Times, The Nation, Newsweek, Details, and many others. We will send the book to those publications plus: NY Times, Washington Post, Boston Review, SF Chronicle, Boston Globe, Nation, Mother Jones, Progressive, Utne, Wired, among others. Web: Truthout, Alternet, Counterpunch, Powells.com, Shelf Awareness, Huffington Post, Facebook, Twitter, Goodreads. Author web site coordination: http://rdwolff.com/ Very active Facebook fan page at Richard Wolff -- will coordinate promotion. Radio: Democracy Now, NPR's "On the media," NPR's Tell Me More, NPR Talk of the Nation, NPR Weekend All Things Considered, and various NPR and Pacifica shows. Richard Wolff has previously been interviewed on WBAI in NYC, KPFA, KPFK in Los Angeles, Left Jab on Sirius Radio, Santita Jackson's radio program in Chicago, and David Barsamian's Alternative Radio. TV: NewsHour, PBS, WGBH-TV in Boston. We will pitch NewsHour, Colbert, Charlie Rose, BBC, CNN, and CSPAN's Book TV to film an event. Wolff has done TV interviews on Al Jazeera English, RT-TV, Thom Hartmann, Democracy Now, and CBC, so we will pursue those outlets.
Les mer
Richard D. Wolff is Professor of Economics at U. Mass, and Visiting Professor at the New School University. Author of Capitalism Hits the Fan, he's been a guest on NPR, Glenn Beck Show, and Democracy Now!
Les mer
Nettpris:
201,-
Midlertidig tomt hos leverandør 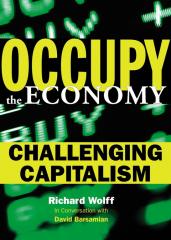 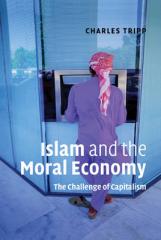 Islam and the Moral Economy The Challenge of Capitalism
Tripp, Charles
Innbundet / 2006 / Engelsk
761,- 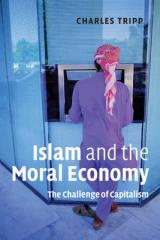 Islam and the Moral Economy The Challenge of Capitalism
Tripp, Charles
Heftet / 2006 / Engelsk
363,- 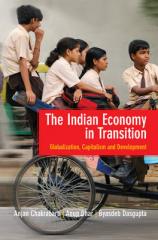