Open Wounds Armenians, Turks, and a Century of Genocide

Open Wounds Armenians, Turks, and a Century of Genocide

Cheterian, Vicken
Innbundet / 2015 / Engelsk
The assassination in Istanbul in 2007 of the author Hrant Dink, the high-profile advocate of Turkish-Armenian reconciliation, reignited the debate in Turkey on the annihilation of the Ottoman Armenians. Many Turks subsequently reawakened to their Armenian heritage, in the process reflecting on how their grandparents were forcibly Islamised and Turkified, and the suffering they endured to keep their stories secret. There was public debate about Armenian property confiscated by the Turkish state and books were published about the extermination of the minorities. The silence had been broken. After the First World War, Turkey forcibly erased the memory of the atrocities, and traces of Armenians, from their historic lands, to which the international community turned a blind eye. The price for this amnesia was, Cheterian argues, 'a century of genocide'.Turkish intellectuals acknowledge the price a society must pay collectively to forget such traumatic events, and that Turkey cannot solve its recurrent conflicts with its minorities - like the Kurds today - nor have an open and democratic society without addressing its original sin: the Armenian Genocide, on which the Republic was founded.
Les mer
A probing reflection on how silence and complicity in the face of mass violence affects a society for decades.
'Cheterian's straightforward historical account does not shy away from a more disturbing aspect of the genocide's legacy where the quest for justice denied over generations spills over into the violence of reprisals, revenge, and terrorism' * LA Review of Books *`Open Wounds provides a comprehensive insight into many relevant issues with regard to the consequences of denial for Armenians and other minorities such as the Kurds . . . an impressive account of how survivors and successive generations resisted erasure through Armenian historiography, memory politics and the composition and evolution of the diaspora'.'Cheterian's book offers one of the most complete tellings of the twisted, emotional story of the decimation of 1.5 million Armenians in Ottoman Turkey in 1915, during the fury of World War I and the story of the political struggle over the massacre in the century since it occurred.' * Foreign Affairs *'In this extraordinary and beautifully-written book, Cheterian tells us the little known story of the aftermath of the Armenian Genocide of 1915. He reaches into the history and present-day politics of Armenians and Turks to tell a story and provide explanations that have been neglected or elided by others. There is no other text like this.' * Ronald G. Suny, Professor Emeritus of Political Science and History, University of Chicago and former chairman of the Society for Armenian Studies *
Les mer
Vicken Cheterian is a Swiss-Lebanese historian, journalist and author. He is author of War and Peace in the Caucasus: Russia's Troubled Frontier (Hurst, 2009) and editor of From Perestroika to Rainbow Revolutions: Reform and Revolution after Socialism (Hurst, 2013
Les mer
Nettpris:
374,-
Levering 3-20 dager 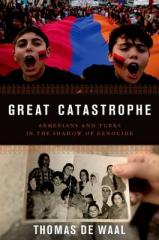 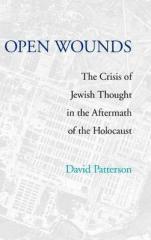 Open Wounds The Crisis of Jewish Thought in the Aftermath of the Holocaust
Patterson, David
Innbundet / 2006 / Engelsk
650,- 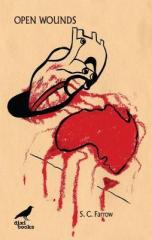