Dekkers, Joost Leeuw, Frank van der Weijer, Jeroen van de
Heftet / 2000 / Engelsk
The introduction of Optimality Theory (OT) by Prince and Smolenski in 1995 is frequently seen as the most important development in generative grammar of the 1990s. It has profoundly changed the understanding of sound systems; it has given a new impetus to the study of language acqusition; and its potential for the discovery and explanation of the universal properties of language is increasingly recognized. OT subsitutes constraints for rules in universal grammar and linguistic performance. Constraints are ranked so that a a lower-ranked constraint may be violated in order to satisfy a higher. The assumption that constraints are vioable can be considered as the formal correlate of linguistic tendencies, whereas their ranking expresses the degree to which individual languages exhibit these tendencies. OT may thus be used to describe the characteristics of any language, but it is as yet too general to provide a substantive theory of grammar. In this book a range of scholars consider the specific properties that an OT grammar should have. After an extensive introduction, the volume is divided into four parts. Parts One and Two are concerned respectively with prosodic representations and segmental phonology. Parts Three and Four then consider the application of OT to syntax and syntatic theory and to language acquistion and learnability. This wide-ranging collection of new work by leading scholars from the USA and Europe will interest linguists and postgraduate students in all the main fields of discipline. Its insights and the research it reports will also be valuable to those whose theoretical position is apparently at odds with the principles of OT.
Les mer
Optimality theory has revolutionized phonological theory, and its insights are now being applied to other central aspects of language. This book presents the results of research as applied to syntax/language acquisition, as well as considering the main lines of attack by rule-based grammarians.
Les mer
PART IA: PHONOLOGY - PROSODIC REPRESENTATIONS ; PART IB: PHONOLOGY - SEGMENTAL PHONOLOGY ; PART II: SYNTAX ; PART III: THE ACQUISITION OF SYNTAX AND PHONOLOGY
Nettpris:
771,-
Levering 3-20 dager 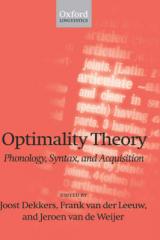 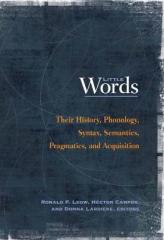 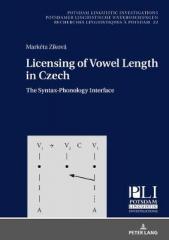