Fairer, David
Innbundet / 2009 / Engelsk
In this revisionary study of the poetry of Coleridge, Wordsworth and their friends during the 'revolutionary decade' David Fairer questions the accepted literary history of the period and the critical vocabulary we use to discuss it. The book examines why, at a time of radical upheaval when continuities of all kinds (personal, political, social, and cultural) were being challenged, this group of poets explored themes of inheritance, retrospect, revisiting, and recovery. Organising Poetry charts their struggles to find meaning not through vision and symbol but from connection and dialogue. By placing these poets in the context of an eighteenth-century 'organic' tradition, Fairer moves the emphasis away from the language of idealist 'Romantic' theory towards an empirical stress on how identities are developed and sustained through time. Locke's concept of personal identity as a continued organisation 'partaking of one common life' offered not only a model for a reformed British constitution but a way of thinking about the self, art and friendship, which these poets found valuable. The key term, therefore, is not 'unity' but 'integrity'. In this context of a need to sustain and organise diversity and give it meaning, the book offers original readings of some well known poems of the 1790s, including Wordsworth's 'Tintern Abbey' and 'The Ruined Cottage', and Coleridge's conversation poems 'The Eolian Harp', 'This Lime-Tree Bower', and 'Frost at Midnight'. Organising Poetry represents an important contribution to current critical debates about the nature of poetic creativity during this period and the need to recognise its more communal and collaborative aspects.
Les mer
Writing their early poetry during the 1790s, a decade of European revolution, Coleridge, Wordsworth and their friends have always been thought of as 'the First-Generation Romantics'. This book challenges that concept by viewing them from an entirely new perspective as poets who were continuing an eighteenth-century 'organic' tradition.
Les mer
I ; II
The whole volume bespeaks an erudition and an attention to detail that are simply awe-inspiring. This is a book not only for academics interested in the poetry of the 1790s, but for anyone curious about the persistence of earlier 18th-century concepts throughout that revolutionary decade. * Christoph Bode, Times Higher Education *Organising Poetry has many strengths... deserves serious consideration * William Christie, Review of English Studies *David Fairer boldly reclaims organic criticism for a new century * Richard Cronin, Romanticism *Organising Poetry is a book that forces us to clarify not only which Coleridge we are talking about but also which organicisn and, ultimately, which Romanticism, for it defamiliarizes the Romanticism theorized into being through the breathless pronouncements of the idealist tradition. Fairer;s study represents scholarly craftsmanship of the highest order; its analytical integrity is elegant and unwavering: an indispensable book that will invite frequent reengagement. * Scott Krawczyk, SiR *
Les mer
David Fairer is Professor of Eighteenth-Century English Literature at the University of Leeds. His most recent book is English Poetry of the Eighteenth Century, 1700-1789 (Longman, 2003). He is also the author of Pope's Imagination (1984), The Poetry of Alexander Pope (1989), and editor of Pope: New Contexts (1990), The Correspondence of Thomas Warton (University of Georgia Press, 1995), and the first complete printing of Warton's History of English Poetry (Routledge, 1998). With Christine Gerrard he has edited Eighteenth-Century Poetry: An Annotated Anthology (Blackwell, Second Edition, 2004).
Les mer
Nettpris:
1.207,-
Levering 3-20 dager 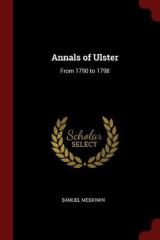 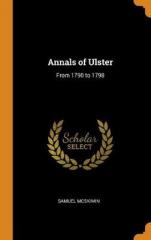 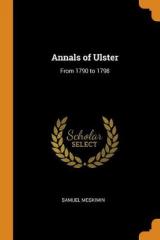