Over to You, Mr Brown How Labour Can Win Again

Over to You, Mr Brown How Labour Can Win Again

Giddens, Anthony
Heftet / 2007 / Engelsk
Anthony Giddens' The Third Way had a far-reaching impact upon the evolution of New Labour in the UK, and upon left of centre policies in many other countries too. Today, nearly a decade later, Labour stands again at a decisive point in its history. A change of leadership can help reinvigorate the party, but winning a fourth term of government will be impossible without reinvigorating Labour's ideological position and policy outlook. What form should these innovations take? The author argues that the core emphases that have sustained Labour's hold over power for three successive terms must be maintained. For instance, it would be electoral suicide to abandon the political centre-ground, which is where the large majority of voters locate themselves. However, Labour's policies should be radically reshaped in areas where they have been unsuccessful, and where new problems have come to the fore. The biggest barrier to securing a fourth term is not Tory renewal, but public disaffection, which at the moment extends to all politicians. Labour should present itself as a party of substance, the only one capable of leading the country through a time of far-reaching change. The party should adopt what the author calls a Contract with the Future - a policy programme that puts the country in a strong position to face the new challenges that are all around us. Written in an accessible way for the general reader, the author's account of how this aim might be achieved will be of interest to everyone concerned to map out a future for Labour politics.
Les mer
Anthony Giddens sets out his agenda for the New Labour of today, who stand once again at a decisive point in its history. He argues that a change of leadership can help reinvigorate the party, but winning a fourth term of government will be impossible without reinvigorating Labours ideological position and policy outlook.
Les mer
Acknowledgements. Preface. Introduction. Chapter One: After Ten Years: Labour's Successes and Failures. Chapter Two: The Contenders: Brown v Cameron. Chapter Three: The World in Flux: How to Respond?. Chapter Four: The Public Services - Putting People First. Chapter Five: We Can Have a More Equal Society. Chapter Six: Changing Life-Styles: a New Agenda. Chapter Seven: No Giving up on Multiculturalism!. Chapter Eight: Shedding the Island Identity. Chapter Nine: How to Build a Progressive Consensus. Chapter Ten: Labour's Contract with the Future
Les mer
"The immense virtue of Anthony Giddens's brilliant book is that it preaches against complacency ... Giddens sets out admirably his own picture of the social democratic future." Charles Clarke, The Guardian "Provides an important route map for progress [and] a valuable corrective to the collective amnesia that can afflict a reckoning of the government's record." David Milliband, The Observer "Giddens makes a weighty and significant contribution, serving up a rich diet of thoughts, ideas and policies." Alan Milburn, New Statesman "Over to You will prove accessible and stimulating reading." Michael White, Times Literary Supplement "Packed full of thoughtful observations and practical policy proposals, on matters as diverse as the labour market, immigration and multiculturalism." Parliamentary Affairs "Clearly written, and easy to read, this book makes for interesting reading for those engaged with current politics and it will be interesting to see if some of the policy suggestions are adopted by Brown." Sociology "Forms a very useful guide to the concerns of those installing themselves at new desks across Whitehall." Roy Bacon, Defence Focus "Perhaps the most important thing about this stimulating book is that it shows a new way of thinking about welfare." Ranier Fsadni, Times of Malta "In Over to You, Mr Brown [Giddens] has produced another restless tour de horizon, taking in most of the main axes of contemporary political debate." Nick Pearce, Progress "I would be delighted if Brown were to accept Giddens's advice on the future direction of policy laid out in this book." Clare Short, The House Magazine
Les mer
Anthony Giddens is the former Director of the LSE and a fellow ofKing's College Cambridge.
Nettpris:
217,-
Levering 3-20 dager 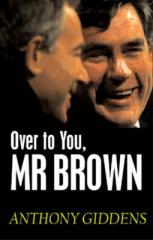 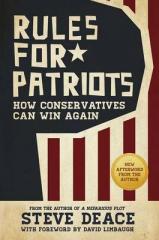 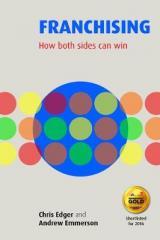 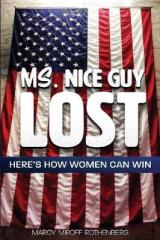