Morris, W. F.
Heftet / 2017 / Engelsk
Charles Pagan and Dick Baron, who served together in WWI, embark on a walking holiday in the Vosges Mountains in France, in 1930. En route they meet Cecil and his sister Clare who is recovering from the loss of her fiance during the war. Pagan and Baron pitch camp at a guesthouse, but the strange behaviour of locals piques their interest in the surroundings: in particular the old battlefield nearby. They express an interest in visiting it and are told by their host in no uncertain terms that it is not the place to go at night. When they discover they have been locked in their bedrooms, the pair lose no time in putting a rope out of the window and shinning down it, intent on exploring the forbidden territory and viewing the apparition Pagan thinks he has glimpsed briefly by moonlight. Pagan, like W. F. Morris's preceding novel Bretherton, is a mystery story, but one which could only have been written as a result of the war. Bretherton himself is mentioned in passing by his brothers in arms. It is exciting, spine-chilling, funny, and romantic, but the Great War taints all these elements like a colour filter on a camera. The war is only a decade away and wounds, both mental and physical, are raw. The novel works brilliantly as a thriller in its own right, and but also a commentary on post-war Europe.
Les mer
A thriller by the author of Bretherton and Behind the Lines set in 1930, in which the ghosts of WWI loom large.
Pagan is reminiscent of a Richard Hannay adventure by John Buchan - a forerunner of a whole raft of spy/adventure stories that proliferated in the 1930s. Stirring stuff. * Books Monthly *A mystery story, written when the power of words meant a lot, reminding one of the prose found in W.E. Johns or H.C. McNeile...it certainly deserves a high rating. 5 stars. * Army Rumour Service *
Les mer
W. F. Morris was an English novelist best known for Bretherton. Morris served with the 13th Cycle Battalion of the Norfolk Regiment during WWI, reaching the rank of Major at 27, and was awarded the Military Cross. He wrote ten novels.
Les mer
Nettpris:
174,-
Levering 3-20 dager 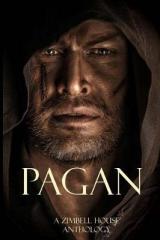 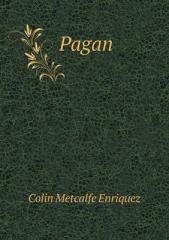 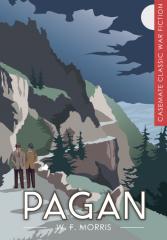 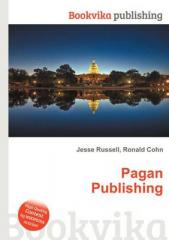