Parallels and Paradoxes Explorations in Music and Society

Parallels and Paradoxes Explorations in Music and Society

Said, Edward W. Barenboim, Daniel
Heftet / 2004 / Engelsk
Israeli Daniel Barenboim, one of the finest musicians of our times, and Palestinian Edward Said, eminent literary critic and leading expert on the Middle East, have been close friends for years. "Parallels and Paradoxes" is a series of discussions between the two friends about music, politics, literature and society, Barenboim and Said talk about, among other subjects, the differences between writing prose and music; the compromising politician versus the uncompromising artist; Beethoven as the ultimate sonata composer; Wagner (Barenboim is considered by many to be the greatest living conductor of his work); great teachers; and the power of culture to transcend national differences. Illuminating and deeply moving, "Parallels and Paradoxes" is an affectionate and impassioned exchange of ideas.
Les mer
An account of conversations between the two great intellectuals.
'A beautifully poised series of dialogues about literature, music and politics, and they're a testimony to the enormous gifts and courage of both men' Tom Paulin, Guardian 'Without question, the most original book of the year. A marvellous eavesdrop on the discourse of exchange between two great intellects' Nadine Gordimer, TLS 'A fascinating exchange of ideas on music, politics and literature' Classic FM Magazine 'An extraordinary meeting of minds in troubled times' Financial Times
Les mer
Barenboim and Said are major cultural figures and Edward Said's Orientalism and Culture and Imperialism are international bestsellers. With a preface by Ara Guzelimian
Edward W. Said was University Professor of English and Comparitive Literature at Columbia University and the author of twenty-one books including Orientalism, Culture and Imperialism and The End of the Peace Process. His books have been published in thirty-six languages. He died in 2003. Daniel Barenboim was born in Buenos Aires and grew up in Israel. He has been Music Director of the Chicago Symphony Orchestra since 1991 and of the Deutsche Staatsoper Berlin since 1992. Barenboim began conducting with the New Philharmonic Orchestra in London in 1967 and was musical director of the Orchestre de Paris. He lives in Germany.
Les mer
Nettpris:
203,-
Levering 3-20 dager 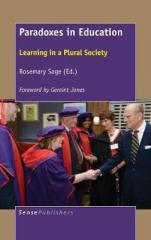 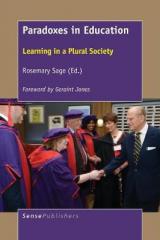 Paradoxes in Education Learning in a Plural Society
Heftet / 2017 / Engelsk
466,- 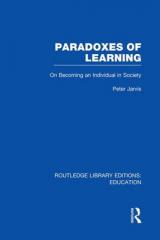 Paradoxes of Learning On Becoming An Individual in Society
Jarvis, Peter
Heftet / 2014 / Engelsk
596,- 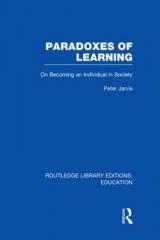