Hunston, Susan Francis, Gill
Heftet / 1999 / Engelsk
This book describes an approach to lexis and grammar based on the concept of phraseology and of language patterning arising from work on large corpora. The notion of 'pattern' as a systematic way of dealing with the interface between lexis and grammar was used in Collins Cobuild English Dictionary (1995) and in the two books in the Collins Cobuild Grammar Patterns series (1996; 1998). This volume describes the research that led to these publications, and explores the theoretical and practical implications of the research. The first chapter sets the work in the context of work on phraseology. The next two chapters give several examples of patterns and how they are identified. Chapters 4 and 5 discuss and exemplify the association of pattern and meaning. Chapters 6, 7 and 8 relate the concept of pattern to traditional approaches to grammar and to discourse. Chapter 9 summarizes the book and adds to the theoretical discussion, as well as indicating the applications of this approach to language teaching. The volume is intended to contribute to the current debate concerning how corpora challenge existing linguistic theories, and as such will be of interest to researchers in the fields of grammar, lexis, discourse and corpus linguistics. It is written in an accessible style, however, and will be equally suitable for students taking courses in those areas.
Les mer
This text's definition of lexis and grammar is based on the concept of phraseology and of language patterning arising from work on large corpora. It describes the research that led to the publication of the Collins Cobuild English Dictionary (1995), and challenges existing linguistic theory.
Les mer
1. Acknowledgements; 2. 1. A Short History of Patterns; 3. 2. What a pattern is; 4. 3. Problems in identifying patterns; 5. 4. Patterns and Meaning; 6. 5. More on pattern and meaning; 7. 6. Pattern and structure; 8. 7. Word class and pattern; 9. 8. Text and Pattern; 10. 9. Summing Up; 11. References; 12. Appendix; 13. Name Index; 14. Subject Index
Les mer
Pattern Grammar is a very well-written and highly consistent book illustrating each aspect with a myriad of examples and potential patterns. The easily accessible style facilitates a comprehensive reading of the book and a firm understanding of the concepts. The book is thus suitable for researchers from all linguistics fields and students (even without corpus linguistic experience) alike. -- Yoybrato Mukerjee, University of Bonn in Journal of Linguistics 37 (2001)
Les mer
Nettpris:
512,-
Levering 3-20 dager 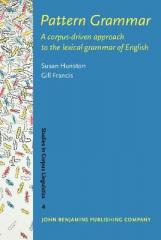 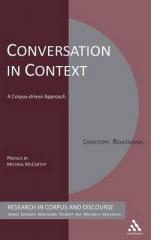 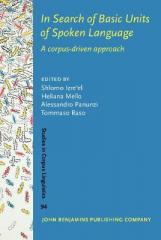 In Search of Basic Units of Spoken Language A corpus-driven approach
Innbundet / 2020 / Engelsk
1.208,- 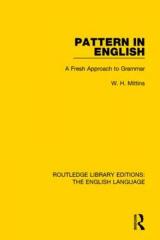