Modiano, Patrick
Heftet / 2016 / Engelsk
"It's a book less on what I did than on what others, mainly my parents, did to me"Taking in a vast gallery of extraordinary characters from Paris' post-war years, Pedigree is an autobiographical portrait of Post-War Paris and a tumultuous childhood - a childhood replete with insecurity and sorrow that informed the oeuvre of France's Nobel Laureate.With his sometime-actress mother and shady businessman father barely functioning in any parental role, the young Modiano spent his childhood being packed off to the care of others, or held at a safe distance in a grimy boarding school - which he ran away from several times. His impecunious mother had "a heart of stone"; his womanising father once called the police when his son asked him for money, and later ceased all contact with him.But for all his parents' indifference, it is the death of his younger brother when Modiano is eleven that cuts deepest, leaving a wound that can never be healed.
Les mer
An autobiographical portrait of Post-War Paris and a tumultuous childhood - by the 2014 Nobel Laureate
A pure original. . . .You don't read Modiano for answers. You read each Modiano novel for its place in a giant sequence: a new restatement of a single unsolvable crime -- Adam Thirlwell * Guardian *A constant feeling of being in transit during a disastrous childhood and a wasted adolescence is certainly fairly common. But Modiano's strength lies in refusing to give his experience a literary slant; by not trying to explain or understand his father, or justify his mother, or even interpret his own reactions. This is what makes this book so unsettling and important. * Le Monde Des Livres *Patrick Mondiano has managed to create a literary legacy that is both composed and remarkable, and PEDIGREE is its magnificent, poignant emblem. -- Nathalie Crom * La Quinzaine Litteraire *Modiano is the poet of the Occupation and a spokesman for the disappeared -- Rupert Thomson * Guardian *As tantalising as [Modiano's] other novels ... Pedigree raises questions even as it answers them -- Boyd Tonkin * Independent *
Les mer
Patrick Modiano was born in Paris, France in 1945. He was the recipient of the 2014 Nobel Prize in Literature. He previously won the 2012 Austrian State Prize for European Literature, the 2010 Prix mondial Cino Del Duca from the Institut de France for lifetime achievement, the 1978 Prix Goncourt for Rue des boutiques obscures, and the 1972 Grand Prix du roman de l'Academie francaise for Les Boulevards de ceinture.
Les mer
Nettpris:
178,-
Levering 3-20 dager 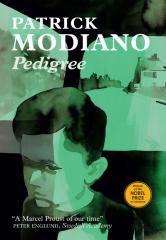 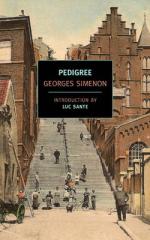