Playing in the Dark Whiteness and the Literary Imagination

Playing in the Dark Whiteness and the Literary Imagination

Morrison, Toni
Innbundet / 1992 / Engelsk
Pulitzer Prize-winning novelist Toni Morrison brings the genius of a master writer to this personal inquiry into the significance of African-Americans in the American literary imagination. Her goal, she states at the outset, is to "put forth an argument for extending the study of American literature...draw a map, so to speak, of a critical geography and use that map to open as much space for discovery, intellectual adventure, and close exploration as did the original charting of the New World-without the mandate for conquest." Author of Beloved, The Bluest Eye, Song of Solomon, and other vivid portrayals of black American experience, Morrison ponders the effect that living in a historically racialized society has had on American writing in the nineteenth and twentieth centuries. She argues that race has become a metaphor, a way of referring to forces, events, and forms of social decay, economic division, and human panic. Her compelling point is that the central characteristics of American literature individualism, masculinity, the insistence upon innocence coupled to an obsession with figurations of death and hell-are responses to a dark and abiding Africanist presence. Through her investigation of black characters, narrative strategies, and idiom in the fiction of white American writers, Morrison provides a daring perspective that is sure to alter conventional notions about American literature. She considers Willa Cather and the impact of race on concept and plot; turns to Poe, Hawthorne, and Melville to examine the black force that figures so significantly in the literature of early America; and discusses the implications of the Africanist presence at the heart of Huckleberry Finn. A final chapter on Ernest Hemingway is a brilliant exposition of the racial subtext that glimmers beneath the surface plots of his fiction. Written with the artistic vision that has earned her a preeminent place in modern letters, Playing in the Dark will be avidly read by Morrison admirers as well as by students, critics, and scholars of American literature.
Les mer
Morrison brings her genius to this personal inquiry into the significance of African-Americans in the American literary imagination. Through her investigation of black characters, narrative strategies, and idiom in the fiction of white American writers, Morrison provides a perspective sure to alter conventional notions about American literature.
Les mer
1. black matters 2. romancing the shadow 3. disturbing nurses and the kindness of sharks
This is a major work by a major American author...It is an exuberant exercise, conducted by a writer in her prime who knows that her own work makes steady inroads on the unspeakable. -- Diane Middlebrook Los Angeles Times Morrison's delivery of the distinguished Massey lectures at Harvard in 1990 showed off her prowess as critic, for she brings the indomitable spirit of her fiction to her feelings about literature. In Playing in the Dark, the published lectures, Morrison argues that a black, or Africanist, presence exists throughout the history of American literature, and its understanding is essential to any body of criticism. Identifying what she calls "the rhetoric of dread and desire," then tracing its manifestations through works by Poe, Cather and Hemingway, Morrison believes that to ignore the presence of race in literature is to rob fiction of its power...But the most telling test of any critical argument, at least for those of us who prefer passion to theory, is whether such speculation will send you back to primary sources. By the time I'd finished Playing in the Dark, the floor around me was littered with Huck Finn and James Baldwin and Faulkner. -- Gail Caldwell Boston Globe In Playing in the Dark, Morrison explores how the temptation to enslave others instead of embracing freedom has shaded our national literature, and how an acceptance of this truth will enable us to see that literature's struggles and fears, and so better understand its exuberance...Her wisdom is to locate strength in what appears to be weakness. -- Jane Mendelsohn Voice Literary Supplement A brief and compelling dissection of U.S. fiction. -- Paul Skenazy San Francisco Chronicle In three compact and skillful essays, Morrison explores and illumines the gaggle of literary devices--conceits, tropes, metaphors--that have been mostly unconsciously deployed by white writers to refract the rays of blackness through the prism of literary silence, repression or avoidance. Morrison ably applies her therapeutic textual intervention to make these rays visible and to imaginatively envision how an Africanist presence was essential in forming and extending an American national literature...[This is her] impressive debut as a critical intellectual. -- Michael Eric Dyson Chicago Tribune [Her] thesis is an engaging one, and it becomes more so in a sequence of a few compressed but inspired readings of American works, Cather's Sapphira and the Slave Girl, Poe's Narrative of Arthur Gordon Pym, Hemingway's To Have and Have Not and Twain's Huckleberry Finn. -- Mark Edmundson Washington Post Book World In this beautifully written, immensely quotable study, Morrison attempts to overturn pervasive critical agendas that ignore racial representations in white texts and thus impoverish literary studies...Morrison's interest is not to designate texts as "racist" but to read the ways that the "racial" operates (xii). -- Linda Krumholz Signs
Les mer
Author won Nobel Prize for Literature in 1993
Toni Morrison (1931-2019) was awarded the Nobel Prize for Literature in 1993, a National Book Critics Circle Award, and a Pulitzer Prize. The author of numerous critically acclaimed works of fiction and nonfiction, she was the Robert F. Goheen Professor in the Humanities, Emeritus, at Princeton University.
Les mer
Nettpris:
352,-
Levering 3-20 dager 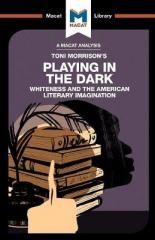 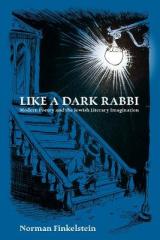