Plows, Plagues, and Petroleum How Humans Took Control of Climate

Plows, Plagues, and Petroleum How Humans Took Control of Climate

Ruddiman, William F.
Heftet / 2016 / Engelsk
The impact on climate from 200 years of industrial development is an everyday fact of life, but did humankind's active involvement in climate change really begin with the industrial revolution, as commonly believed? Plows, Plagues, and Petroleum has sparked lively scientific debate since it was first published--arguing that humans have actually been changing the climate for some 8,000 years--as a result of the earlier discovery of agriculture. The "Ruddiman Hypothesis" will spark intense debate. We learn that the impact of farming on greenhouse-gas levels, thousands of years before the industrial revolution, kept our planet notably warmer than if natural climate cycles had prevailed--quite possibly forestalling a new ice age. Plows, Plagues, and Petroleum is the first book to trace the full historical sweep of human interaction with Earth's climate. Ruddiman takes us through three broad stages of human history: when nature was in control; when humans began to take control, discovering agriculture and affecting climate through carbon dioxide and methane emissions; and, finally, the more recent human impact on climate change. Along the way he raises the fascinating possibility that plagues, by depleting human populations, also affected reforestation and thus climate--as suggested by dips in greenhouse gases when major pandemics have occurred. While our massive usage of fossil fuels has certainly contributed to modern climate change, Ruddiman shows that industrial growth is only part of the picture. The book concludes by looking to the future and critiquing the impact of special interest money on the global warming debate. In the afterword, Ruddiman explores the main challenges posed to his hypothesis, and shows how recent investigations and findings ultimately strengthen the book's original claims.
Les mer
List of Illustrations ix Preface xiii Part 1 What Has Controlled Earth's Climate? 1 Climate and Human History 5 Part 2 Nature in Control 2 Slow Going for a Few Million Years 17 3 Linking Earth's Orbit to Its Climate 25 4 Orbital Changes Control Ice-Age Cycles 35 5 Orbital Changes Control Monsoon Cycles 46 6 Stirrings of Change 55 Part 3 Humans Begin to Take Control 7 Early Agriculture and Civilization 65 8 Taking Control of Methane 76 9 Taking Control of CO2 84 10 Have We Delayed a Glaciation? 95 11 Challenges and Responses 106 Part 4 Disease Enters the Picture 12 But What about Those CO2 "Wiggles"? 119 13 The Horsemen of the Apocalypse: Which One? 127 14 Pandemics, CO2, and Climate 139 Part 5 Humans in Control 15 Greenhouse Warming: Tortoise and Hare 151 16 Future Warming: Large or Small? 159 17 From the Past into the Distant Future 169 Epilogue 18 Global-Change Science and Politics 179 19 Consuming Earth's Gifts 190 Afterword to the Princeton Science Library Edition 195 Bibliography 215 Figure Sources 219 Index 223
Les mer
Winner of the 2006 Book Award in Science, Phi Beta Kappa "[A]n excellent book summarizing and placing in context the age-old influence of humans on atmospheric composition, climate and global warming."--Nature "If you're not familiar with Ruddiman's hypothesis, you should be... Plows, Plagues, and Petroleum is excellent reading for scientist and nonscientist alike."--James White, Science "Ruddiman's argument makes it clear that there is no 'natural' baseline of climate in the late Holocene from which to reckon the human impact of the past two centuries."--Wolfgang H. Berger, American Scientist "What is most remarkable about Ruddiman's work is the evidence it provides for an initial disruption to the climate system that occurred long before the industrial revolution--around 8,000 years ago... Ruddiman's realisation that the gaseous composition of Earth's atmosphere is an exquisitely sensitive barometer of changes to life itself represents a great breakthrough."--Tim Flannery, Guardian "William Ruddiman's provocative but plausible conclusion is that the economic behavior of humans began to profoundly influence global climate roughly 8000 years ago... Ruddiman's book has already begun to spark an important debate--a debate which economic historians should be eager to follow and join."--Robert Whaples, EH.net "This well-written book does a great job of summarizing complex topics through simple calculations and examples, and provides the right balance of cultural background and scientific data."--Matthew S. Lachniet, Geotimes "The book by Ruddiman is very enjoyable and easy to read. It also takes quite a unique perspective on the relationship between human societies and climate. For Ruddiman, rather than the climate being a determinant of the course of human events, the argument is turned on its head making human economic behavior a cause of climate change, even well into distant antiquity."--Arlene Miller Rosen, Nature and Culture "Ruddiman's short book is an excellent primer on the various influences on global climate. He explains scientific concepts clearly and accessibly, and his melding of climate science and human history is fascinating. For these reasons alone, the book is worth reading."--Erik M. Conway, Journal of the History of Biology "Plows, Plagues, and Petroleum is a primer on natural variations in Earth's climate and on how human activity is having even more of an impact. While some readers might find it disturbing that people have been influencing the planet's climate for millennia, others may be even more alarmed to think about climate changes yet to come."--S. Perkins, Science News "[Ruddiman] reviews the ongoing debate about future climate change and provides a balanced and judicious assessment of the challenges ahead. This book offers valuable new insights into one of the world's most demanding environmental challenges."--Population and Development Review "The book is instructive and refreshingly non-technical in its prose. It also offers insight to historians as to how they might think about scientific and environmental processes ... And draw on these materials to write history... Given our contemporary industrial capacity, it rises some serious questions and concerns over the fragility of the physical environment and our relationship with it."--Michael Egan, Left History "Contentious though they are, Ruddiman's arguments are never mere speculation. The book does an excellent job explaining the basic atmospheric science behind glacial cycles, and it presents convincing quantitative evidence of past atmospheric changes, pointing out the likely role of anthropogenic deforestation and agriculture in the late Holocene. The author's credentials as an established climate scientist lend further weight to the theory."--Sam White, Technology and Culture
Les mer
William F. Ruddiman is a paleoclimatologist and professor emeritus at the University of Virginia.
Nettpris:
234,-
Levering 7-20 dager 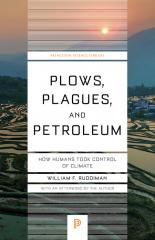 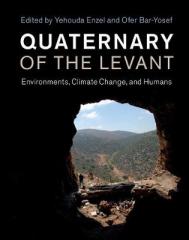 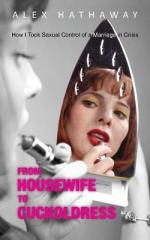 From Housewife to Cuckoldress How I Took Sexual Control of a Marriage in Crisis
Hathaway, Alex
Heftet / 2011 / Engelsk
173,-
Kjøp 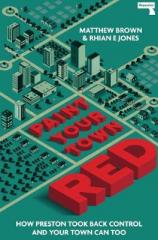